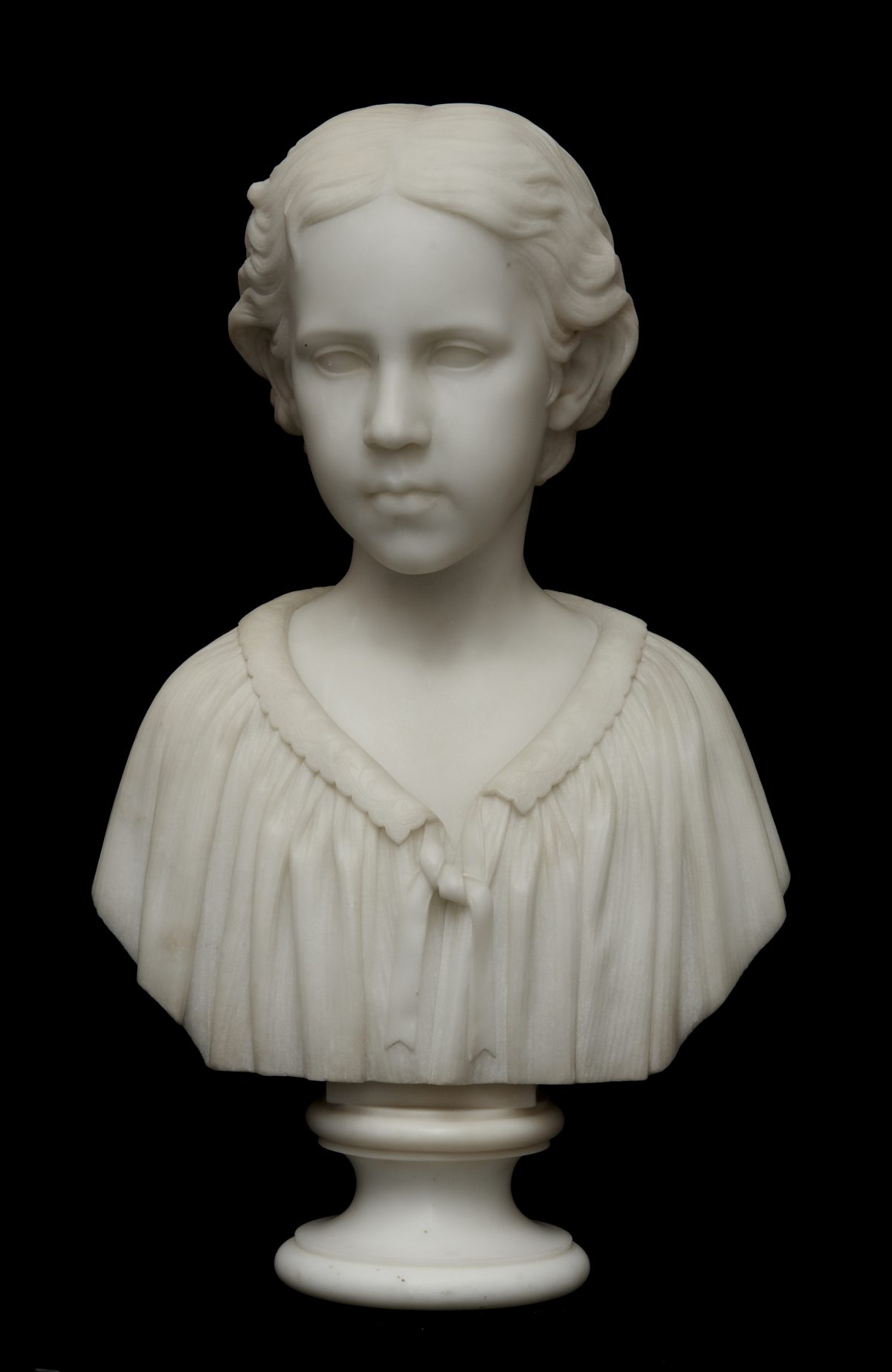 The Connecticut-born sculptor Chauncey Ives moved to Europe in 1844 and settled permanently in Rome in 1851. As part of the American expatriate community of artist and writers there, he established a reputation over the next two decades as a refined sculptor and especially a consummate interpreter of literary subjects. He created many portrait busts, often for wealthy tourists; but he was most successful with a number of idealized figures of characters, mostly female, from Greek myth; these included Undine, Pandora, and Ceres.

The subject of the Athenæum’s bust, Ellen Shaw, was the youngest daughter of the Boston abolitionist Francis George Shaw and sister of Robert Gould Shaw who would die a hero at Fort Wagner in 1863. Ellen’s parents commissioned Ives to model this bust in Rome, when Ellen was about eight years old. A portrait of a distinct individual, it nevertheless exemplifies the obligatory sweetness of childhood that was so prevalent in the works of the second generation of American neoclassical sculptors.