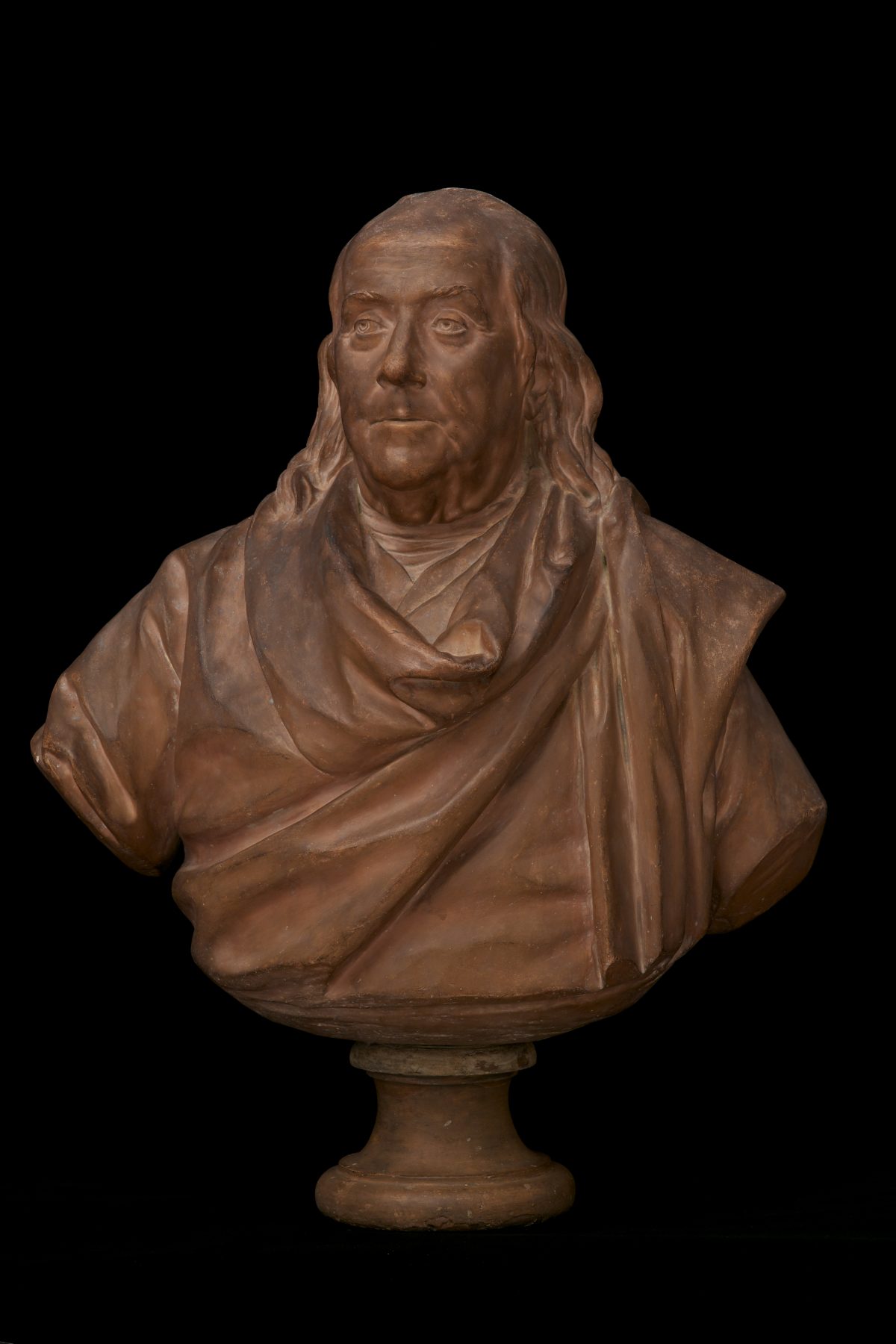 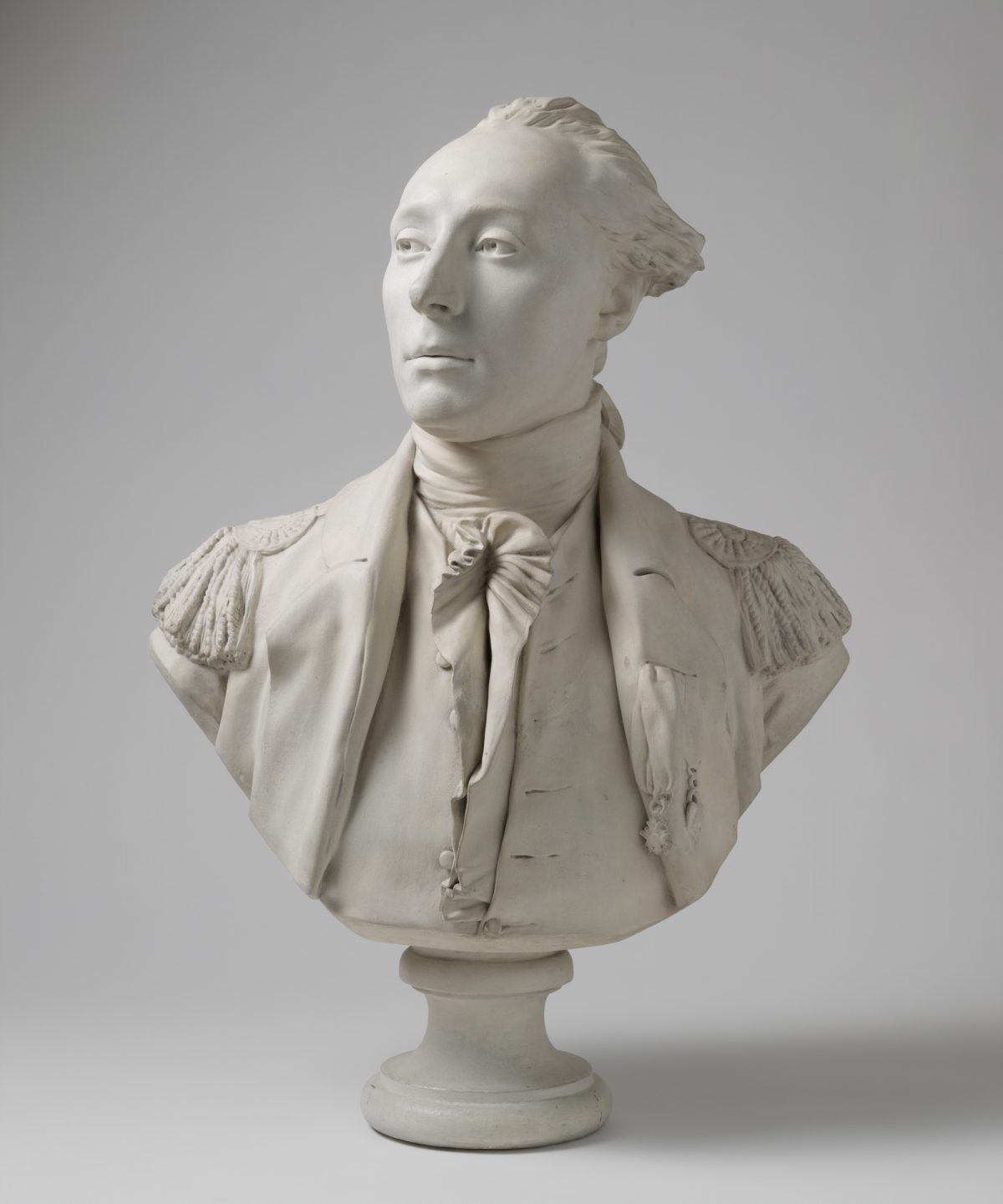 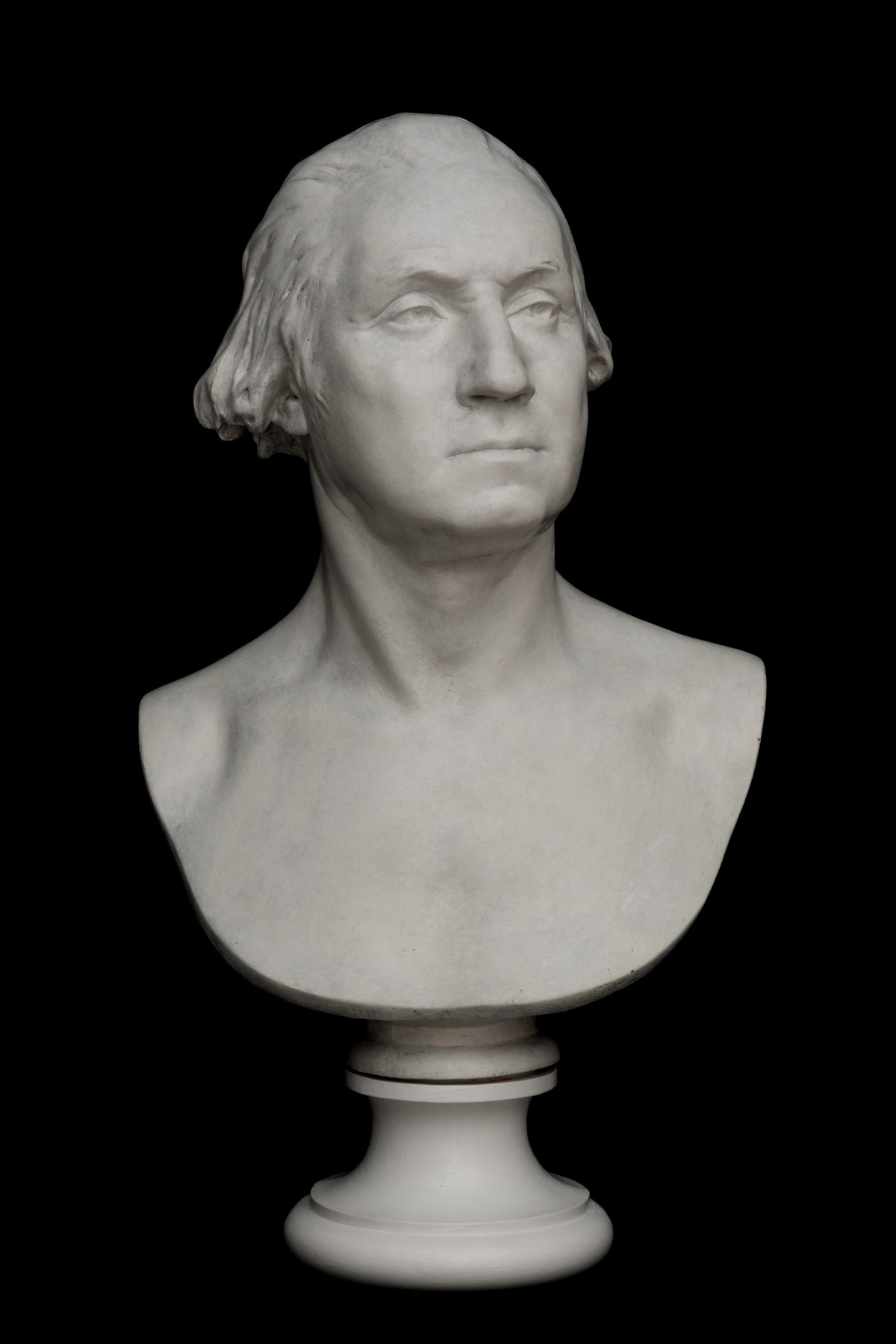 The preeminent French sculptor Jean-Antoine Houdon sailed to the United States in 1785 to fulfill a commission from the American Congress to produce an equestrian monument to George Washington. That project was later abandoned. Nonetheless, at Mount Vernon, Houdon took a life mask and a made a clay bust of Washington. After his return to Paris, he used these to create a life-size, full-length portrait of the president for the Virginia State Capitol building in Richmond. (The first cast ever permitted to be made of that statue is also in the Athenæum’s collection.)

Houdon also produced busts of Washington, including this one, which established the sculptural iconography for depicting the great man for nearly every American sculptor and painter who followed. The Athenæum’s bust is not only a great example of neoclassical portraiture, it also has a stunning provenance: it was purchased in Paris by Thomas Jefferson for shipment to Monticello and, later, following Jefferson’s death in 1826, was deposited at the Athenæum by his heirs. 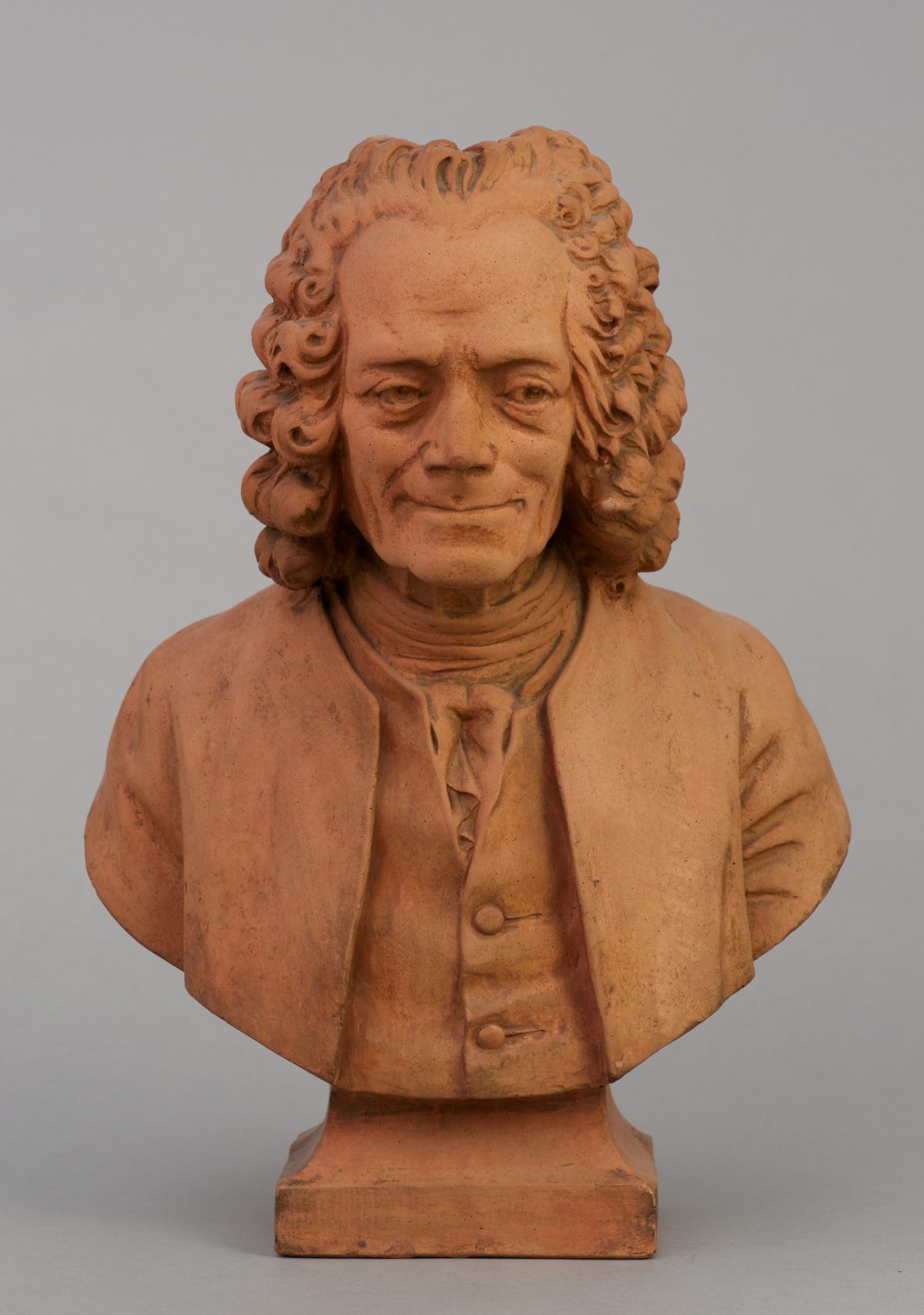 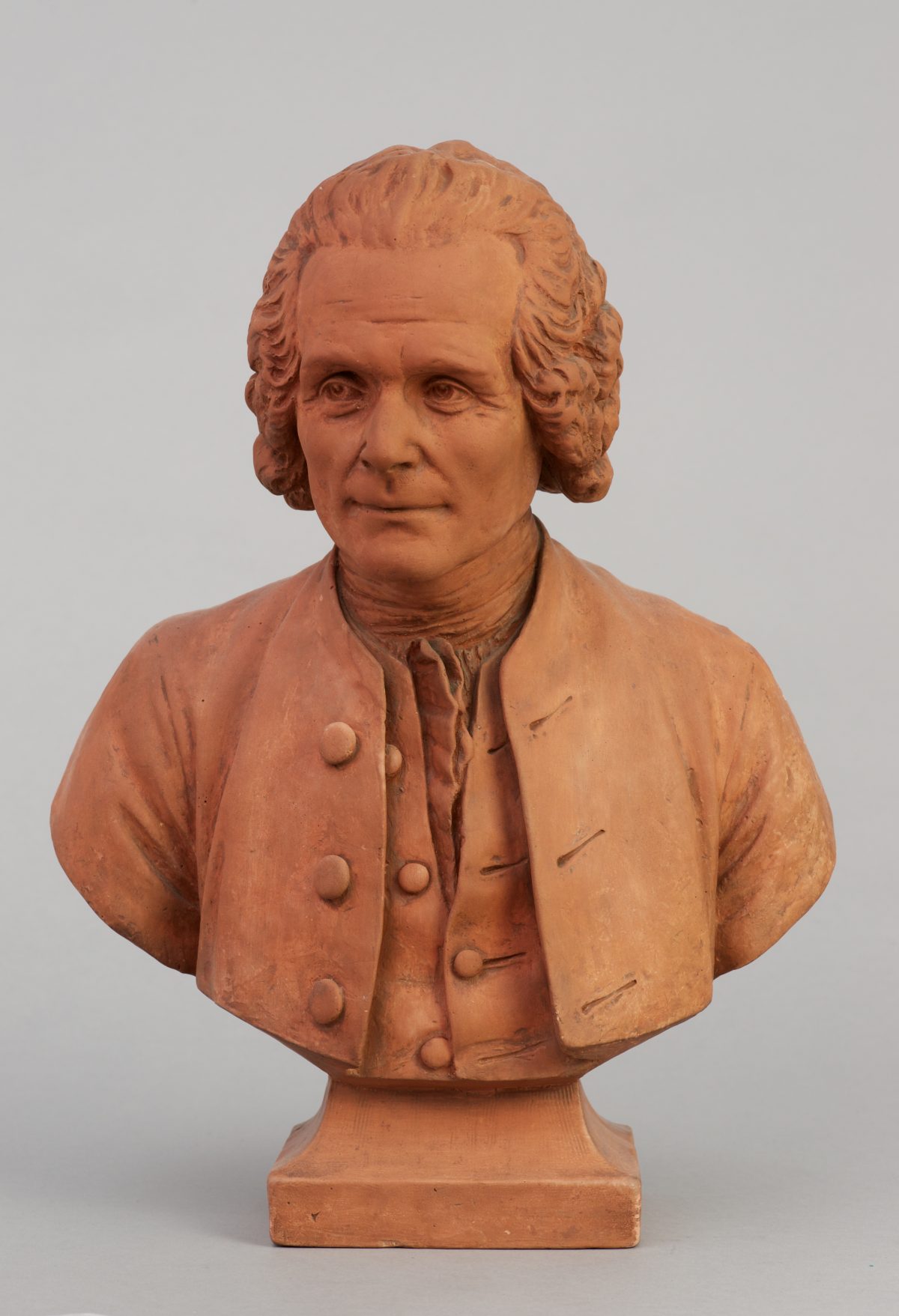