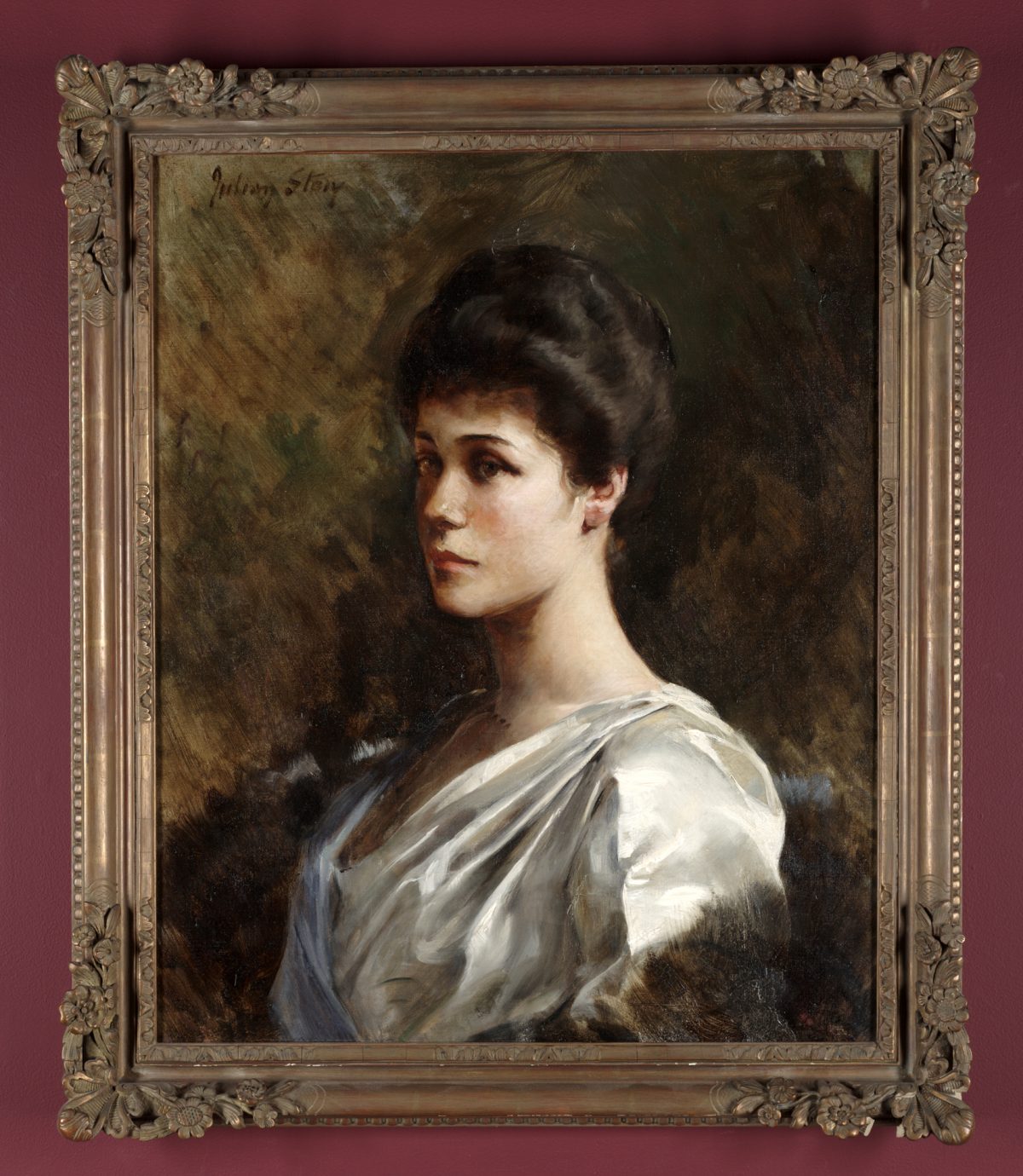 Description
Julian Story was born in England, a son of American sculptor William Wetmore Story and grandson of Chief Justice Joseph Story. He studied painting in Paris with Frank Duveneck, Gustave Boulanger, and Jules Lefebvre and won a number of prizes at the Paris Salons and at the 1900 Exposition Universelle. He was primarily a portrait painter in England, which is where he painted this canvas of Geraldine Henry (1865–1892). She was raised in England and Ireland and, in 1887, married Edward Hooker Gilbert, a textile manufacturer from Ware, Massachusetts. Two years after this portrait was painted, she died at her father’s home, Kylmore Castle in Ireland, in a drowning accident at the age of twenty-seven.
Inscription

Gift of Mrs. Malcolm B. Stone, Jr., in memory of her mother Elizabeth Vaughn Gilbert Timmins