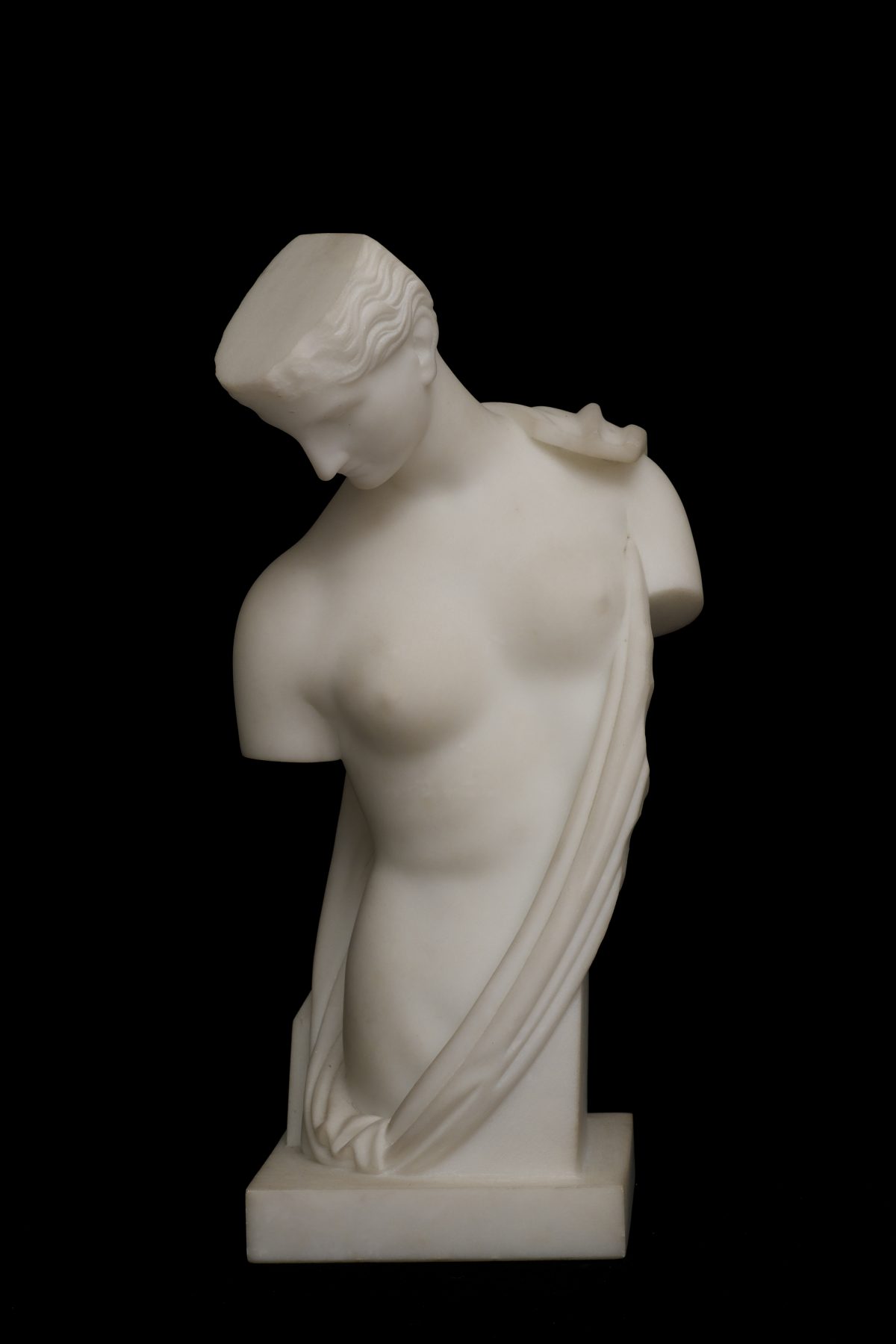 The so-called Psyche of Capua, which was often copied, was especially appealing to that part of nineteenth-century taste that took sublime pleasure in contemplating the passage of time and death. In paintings this interest often took the form of depictions of architectural ruins. In sculpture, it was achieved by juxtaposing the idealized body with the fragmentation or deterioration that has been visited upon it over time. Thus, the Psyche of Capua, which has consistently been replicated in the truncated form seen here, allows us to contemplate the possibilities of the perfected human body while recalling the transience of it all.