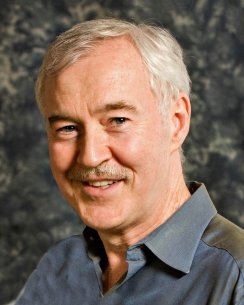 Christopher Morgan would never need to resort to an online anagram generator as I did to create the above list of nonsensical re-orderings of the letters of his name. An avid puzzle-maker, he has enjoyed travelling the world for the International Puzzle Party and his upcoming lecture at the Athenæum, Alice in Wonderland and Lewis Carroll’s Games and Puzzles: The Surprising Connection, showcases his strengths in untangling twisted literary, biographical, and gaming problems.

Morgan fondly recalls that in the late 1950s and early 1960s he would go to his high school library before school started to read Scientific American, in particular the recreational mathematics columns of Martin Gardner, “who made math fun.” In 1960, Gardner also published the first edition of his annotation of both Alice’s Adventures in Wonderland and Through the Looking-Glass (which has been translated, reprinted, and appeared in new editions), another delight for the young Morgan who gobbled up Alice’s Adventures in one day when he was about eleven. Morgan was born in Glasgow, and his parents immigrated to the United States when he was five. (He has no accent except when he visits Scotland, although he admits the locals are not fooled.)

He received a BS in Electronics Engineering from Manhattan College and an MS in Computer Science from Rensselaer Polytechnic Institute. His career began in high tech; he got his start in aerospace doing design at Pratt & Whitney. In the 1970s, he became interested in computer-generated music just as a friend of his sold a couple articles to BYTE, a magazine about computers. He pitched an idea to them for a new magazine; instead, they offered him the position of senior editor.

Morgan recalls meeting Steve Jobs and Steve Wozniak when he went to Silicon Valley to interview them upon the release of Apple I, which he recalls cost the memorable price of $666.66. They tried to convince him to buy one for himself; of course he would have had to supply his own keyboard, monitor, and cassette. Morgan declined. The Henry Ford Museum recently purchased one for its collection at a cost exceeding $900,000. Now, of course, Morgan wishes he had said yes.

He had done technical writing in his previous jobs, but embarking on a new career in publishing was a big change. This occurred as the field of computer science, his magazine’s subject, was on the brink of explosive growth, and his bibliographic interests have only grown too.

What Morgan loved most about Lewis Carroll’s fiction were the crazy creatures inhabiting a bizarre, intriguing world that was not a friendly place. The irrational character of the books (and characters) have a randomness that appealed to him. In Looking-Glass in particular, Morgan said, “the rules are insane and make no sense.” Both books are games: in Adventures, it’s cards; in Looking-Glass, chess. Lewis Carroll himself was a living paradox; he did not want to be recognized by his given name Charles Lutwidge Dodgson. He was mischievous but proper. Three years ago, after seeing him perform magic tricks, the Lewis Carroll Society approached Morgan about editing volume five Games, Puzzles, and Related Pieces of its series The Pamphlets of Lewis Carroll. Institutions across the world are celebrating the one hundred fiftieth anniversary of the publication of Alice in Wonderland: to name a few, the British Library, New York University, the Morgan Library, New York Public Library, Grolier Club, and the University of Texas at Austin. Morgan has spoken at those last two; he is a member of the Grolier Club in New York, “a fellowship of men and women devoted to books and the graphic arts.” Morgan’s collection of books and puzzles includes a miniature Alice. He belongs to the Ticknor Society in Boston, “a fellowship of book lovers,” and this group introduced him to the Boston Athenæum. His training grounded him in proper research methods. For instance, Morgan spent time in special collections looking through many issues of the magazine Punch while researching an illustration Carroll asked John Tenniel to create for a puzzle book. He has also enjoyed many serendipitous moments in the stacks at the Athenæum; while perusing James Atherton’s book on James Joyce, he discovered another fan of Carroll’s puzzles, for Finnegan’s Wake is full of word games. Once, he brought family from Ireland to visit and after walking through the Drum they did not wish to leave. Morgan cherishes the ability to browse the circulating collection at the Athenæum. The fifth-floor reading room is a favorite spot for him to write, but he also loves the periodical tables on the second floor, which offer both browsing and study space.

Morgan considers himself a generalist, a proud jack of all trades. He hopes to address this, somehow, in his next book project. Like the pleasures and advantages of browsing, he promotes the benefits of letting ideas gestate. Researching and then letting the brain rest, allowing the subconscious to work in the background. Then, you are ready to create. Morgan loves writing because it looks as if you are doing nothing, yet that is deceptive. The same sort of paradox, perhaps, that he sees in Lewis Carroll, if not an outright puzzle. Morgan shared a delightful puzzle involving a bookworm with me; I will not include a spoiler by sharing it now. He speaks here later this month and, I am sure, could be persuaded to repeat it.