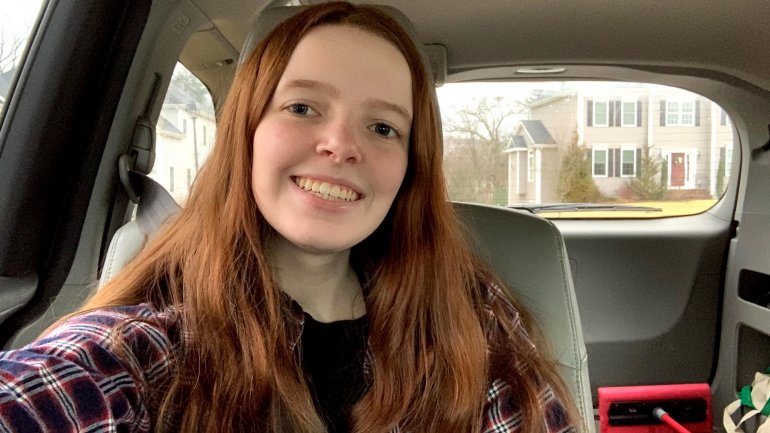 Each year, the Boston Athenaeum sponsors a Massachusetts History Day prize for an exceptional use of primary sources in their research or project. This year’s winner is Danielle Donovan, a student at Mansfield High School. The theme of this year’s Massachusetts History Day contest was: “Breaking Barriers in History.” Danielle’s exhibition, titled “Revolution by Murder: The Shot that Shocked the World,” focused on the assassination of President William McKinley and how it broke the barrier that the Gilded Age imposed on the working class. Her impressive presentation included a ticket to the Pan-American Exhibition of 1901 as well as a postcard from 1906 which featured President Theodore Roosevelt. Her full exhibition is linked here.

This interview was conducted by email

Q: What was your inspiration for researching the assassination of William McKinley, one of the lesser-known presidential assassinations?

A: With the theme “Breaking Barriers”, it was initially difficult to find a topic. I always try to look for a topic that is not well-known so that my project can teach viewers something that they otherwise wouldn’t have known. I had initially chosen the Boston Police Strike of 1919 as my topic, but in researching that, I found that so much traced its origins back to the McKinley assassination. Looking more into the assassination, I found it much more compelling than the Boston Police Strike. Aside from the assassination, the era of 1890-1910 parallels today so much that it’s almost uncanny. When we think of the Gilded Age, we think of children working 12 hours a day in factories and rich men in mansions and we think that is far in the past and that we’re much better off now. That’s not true: the rich are richer today than they were during the Gilded Age, and the wealth inequality gap is even larger.

Q: What’s a fun tidbit you could tell me about President McKinley?

A: Actually, the focus of my project was less on McKinley and more on his assassin, Leon Czolgosz, the inspiration for the assassin, Emma Goldman, and his successor, Teddy Roosevelt. McKinley himself was more of a symbol and a means to an end, it didn’t really matter who he was. The most important thing to know about McKinley is that he was a typically Gilded Age president who was beholden to the rich and had no regard for regular working-class people. Regular people didn’t care about his childhood or his stance on bimetallism or his involvement in the Spanish-American War, he was just another rich guy who only cared about his own wealth and power. The real “tidbits” I have are about Leon Czolgosz, the assassin. It’s important to note that he was just a regular guy. He had worked at a steel factory outside Cleveland but was fired after a mass strike. His favorite book was “Looking Backward” by Edward Bellamy. He spent most days in his bedroom drinking milk and reading newspapers. He had never been to Russia or even New York. He grew up poor, the son of Polish immigrants. He and his nine siblings had worked in the factories since they were children. He left school at age 10 but was bright, curious, and loved to read. There was nothing insane or innately violent about Leon Czolgosz, he could have been anyone. He just wanted more democracy and equality for the working class. (I’m not supporting or agreeing with Leon’s actions, it’s just that I think history has unfairly demonized him and his intentions)

Q: How did you find such impressive primary sources?

A: I started off using secondary sources, most notably “Murdering McKinley: The Making of Theodore Roosevelt’s America” by Eric Rauchway. From there, I tracked down the sources from the bibliography in libraries and online. My most interesting sources, however, I discovered at the Massachusetts Historical Society in Boston. Specifically, the research of psychologist Walter Channing into the mental status of Leon Czolgosz, and a pamphlet published by the New York Anarchist Society about their views on the assassination. These were both primary sources that provided me with way more insight into the circumstances of the assassination than any secondary source or modern historian could have.

Q: What did your presentation entail?

A: My presentation was a six-foot tall, three-foot wide museum-type exhibit.

Q: What is the one book that you think young historians should read?

A: I can’t recommend just one book, but I think every young historian should try to read at least one non-fiction book on a topic they are interested in but don’t know a lot about.

Q: What is important about studying history? Why should young people do it?

A: History is important because it is intertwined in everything, in all the other academic subjects and in every sphere of life. It is especially important for young people because it helps them to understand the context of the world around them: how it came to be and why it is the way it is. When you’re young, you just accept the world the way that it is, but by studying history you learn that you can make an impact on the world and that things can and will change. This is especially important in such a politically charged time and during this historic Coronavirus pandemic.

Q: What appeals to you about the Athenaeum?

A: The Athenaeum seems like a great place to find primary sources for my next project, if I had known about it sooner, I would have taken advantage of its resources a long time ago.

Q: Are you considering history as a career path? Has winning this award spurred you on to pursue history further?

A: Yes, I am considering history as a career path. I am entering my senior year of high school and am applying to colleges as a history major, though I’m not sure what type of job that will lead me to. I was already intending to pursue history, but winning this award had definitely reinforced that because it’s always nice to be recognized for my hard work.

Q: What is your favorite history class you’ve taken at school?

A:My favorite history class would probably have to be Russian History. I liked it because Russia is typically not an area of focus in traditional European and American history classes, yet there’s so much to learn about.