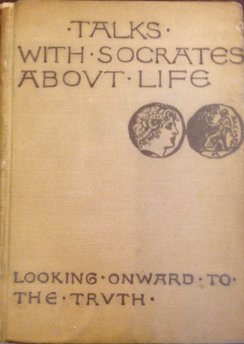 Her name does not appear on the title page of any book on the Athenæum’s shelves, but Ellen F. Mason deserves her place among the ranks of the “Athenæum Authors.” She is all but forgotten today, but in her time she was known to her friends as an author, philanthropist, civic leader, trustee, and staunch advocate of women’s education. She worked steadily throughout her life to improve educational opportunities for women, and was part of a community of wealthy, socially prominent, and intellectually engaged New England women working to the same end.

Ellen Francis Mason was born in Brookline on June 24, 1846, daughter of wealthy Boston merchant Robert Means Mason and Sarah Ellen Francis. Robert Means Mason was the son of U.S. Senator Jeremiah Mason, and he had a successful career as a partner in several merchant firms of Boston, the final being Mason & Lawrence.1 Sarah Ellen Francis was the youngest daughter of another prominent Boston merchant, Ebenezer Francis. The couple married in 1843, and several years after that, Jeremiah Mason died, leaving his son a sizable inheritance.

The young family was thus very wealthy, but the years of the 1850s and 1860s were not entirely happy ones. The Masons spent much of this time away from Boston, traveling often for Mrs. Mason’s health, and eventually settling in Europe, where they passed the years of the Civil War. Of the six children born in that period, three died in childhood. Mrs. Mason died in 1865,2 and after her death, Mr. Mason returned to Boston with his three surviving daughters: Elizabeth (“Bessie”), who would go on to marry Robert Charles Winthrop, Jr.; Ida Means; and Ellen Francis.3

In 1861, Robert Means Mason had purchased an impressive home on Beacon Hill for his family, 1 Walnut Street. This famous house had originally been designed by Charles Bulfinch and built in 1804, and had had several well-known owners since, including John Phillips (1770–1823) and Thomas Lindall Winthrop (1760–1841), who made some substantial renovations. Robert Mason and his daughters finally took up residence there in 1866.4  The family also had a mansion on Rhode Island Avenue in Newport, where they spent their summers, a practice that was just becoming fashionable at the time. Robert Means Mason died suddenly in 1879, having caught pneumonia while on a trip to Florida.5 In his will, he left the Walnut Street house to his three daughters, and the Newport “cottage” to Mason outright.6 Mason and her younger sister Ida (born 1856) were both unmarried, and they lived together in these two homes, Boston in the winter and Newport in the summer, for the next 50 years.

Robert Means Mason was a Proprietor of the Boston Athenæum, and upon his death, his share (#458) passed to Ida Mason.7 It is easy to imagine the two Mason sisters walking the few short steps to the Athenæum. They were certainly well-known and well-regarded in Boston society. Mason left behind no letters or diaries, like many women of the time, so information about her personality and life comes from other, more widely disseminated sources. For example, the young Sarah Orne Jewett (1849–1909) claimed close friendship with Mason. Jewett’s letters and diaries have been made available in a comprehensive database, The Sarah Orne Jewett Text Project.8 In an entry for Easter 1872, she writes, “One thing about my Boston visit which I think I shall remember longest—is my knowing Ellen Mason better. I have always fancied her very much.” She mentions “dear Miss Mason” in her letters with fondness, seemed to enjoy their conversations on many topics.9

It was around the time of Sarah Orne Jewett’s early diary entries that Mason participated in the founding of an organization that would give many women educational opportunities previously unavailable to them. Mason and her peers could afford to hire tutors and had ample time to pursue higher education independently, but without those advantages it was extremely difficult, even impossible, for the average woman. With this in mind, Anna Eliot Ticknor founded the Society to Encourage Studies at Home in 1873. The Society, often called SH, was one of the first correspondence schools in the United States, run by women (on a volunteer basis) and open to all women who were committed to a course of independent study, for a yearly fee of $2.00. The founding committee included: Anna Eliot Ticknor (Secretary and Treasurer), Mrs. Louis Agassiz, Elizabeth C. Cleveland, Lucretia Crocker, Ellen W. Gurney, Katharine P. Loring, Ellen F. Mason, Elizabeth W. Perkins, Mrs. Ticknor, Anna’s mother, and Samuel Eliot, who served as chairman.10 In the first term, there were six volunteer correspondent teachers and 45 students in seven states; by the time of Anna Eliot Ticknor’s death in 1897, there were hundreds of teachers and thousands of students. Ticknor and the others envisioned a program that would be accessible to women of all backgrounds and economic circumstances.11

Students were admitted to one of six departments: history, science, art, French literature, German literature, English literature. The correspondents assigned the students readings, and the students were then tested on those readings, much like a modern college take-home exam. The SH also maintained a lending library of texts supporting the curricula, books that traveled all over the country and back to Boston with amazingly few lost or damaged, including expensive art books with accompanying plates and scientific mineral samples. Most of the yearly fee the students paid went toward the costs associated with shipping library books. In this way, all the students had access to necessary textbooks without having to bear the cost.

While Ticknor actively avoided advertising and publicity, the SH grew steadily in the 1880s and 1890s. It offered not only instruction, but also guidance, criticism, and sympathy to a student body that ranged from teachers seeking professional development to wives and mothers busy with domestic responsibilities. As one student put it, “My first knowledge of the Society came at a time of much perplexity, when circumstances rendered a collegiate course impracticable, and its equivalent was difficult to find. Intellectual study and the stimulus of other minds, without publicity or absence from home, was very desirable for me, and possible under no other system.”12 Mason served as head of the Society’s French department from 1873 to 1878. Ida Mason, too, became involved in the Society—she was Librarian from 1881 to 1887.13

In the midst of this and her other pursuits, Mason evidently found time to devote to her own studies, especially Classics. In 1879, Charles Scribner’s Sons published a volume of her translation of some selections from Plato, Socrates: A Translation of the Apology, Crito, and Parts of the Phaedo of Plato. The translation was anonymous, though her identity was known by 1880,14 and her work carried the endorsement of a glowing introduction by Harvard Greek professor W.W. Goodwin. This was followed by three more volumes of Plato selections: A Day in Athens with Socrates (1883), Talks with Socrates About Life (1886), and Talks with Athenian Youths (1890). The Athenæum has copies of three of these books with publishers’ cloth bindings designed by Sarah Wyman Whitman.

Mason’s selected translations proved extremely popular and went into several editions. There is also a possibility that Ida Mason collaborated in this well-received work.15 To quote one favorable review, from the New York Times: “We have carefully compared the present translations with Jowett’s, Whewell’s, Victor Cousin’s and others, and they seem to us to convey more of the original tone of the Greek, and at the same time to be more in harmony with modern style than any of those famous versions.”16 This review established that her command of the Greek was equal if not superior to that of her formally educated male contemporaries. Her ability to render her translations into good English was also considered top-notch.

This latter quality is also telling because it conveys the accessibility of her translations, both as an introduction to life in ancient Athens and to the most famous of Plato’s works: “The translator is deserving of the warm thanks of all who have not had the advantage of what is called a liberal education, for placing within their reach a volume that contains the essence of writings that the scholar has toiled after. It is a model translation in every respect, and one that can be easily read and understood.” One might detect a hint of condescension in the words “within their reach” and “easily read and understood,” as if the complexity of the original must naturally be simplified for the beginning (female?) reader of Plato.

On the other hand, it is easy to imagine Mason writing for precisely that audience, those who, without the “advantage” of years of classroom recitation and irregular Attic Greek verb conjugation, still wanted to engage with some of the most foundational texts of Western philosophy and literature. And study them further, if so inclined. It is not clear how Mason acquired her knowledge of ancient Greek. The fact that Professor W.W. Goodwin of Harvard’s Greek department wrote the introductions to all four of her books is significant, but although he did give private instruction to female students,17 there is no evidence that he was her tutor.

Mason’s involvement with the cause of women in higher education would continue for the rest of her life. One particular moment stands out: on May 22, 1882, an organization was formed called The Society for the Collegiate Instruction of Women, “whose purpose was to promote the education of women with the assistance of the instructors in Harvard University.”18 Two of the signers of that original agreement were Professor Goodwin and Ellen F. Mason. Its formal name was rarely used; it was commonly known as “Harvard Annex,” and would later become Radcliffe College.19 Mason remained associated with Radcliffe well into the 1900s, and she is listed as an Associate (trustee) in 1914.20

When Ellen F. Mason died on April 28, 1930, her estate was valued at approximately $5,000,000. Her money, according to The Boston Globe, was “left largely to charitable and altruistic purposes,”21 so as to benefit institutions in Boston and throughout the country.​ She was well-known in Newport, too, where she was president of the Civic League for many years. Those familiar with Rhode Island Avenue will recognize Mason’s distinctive mansion (rebuilt in 1901 after a fire destroyed the one her father had built) as the current home of the St. Michael’s Country Day School.22 While one could hope for an account of her life or some parts of it in her own words, the record as it stands shows that she was widely known for her generosity, philanthropy, and life-long commitment to improving educational opportunities for women, as well as furthering her own studies. It is entirely possible the Athenæum’s collections, only a stroll away from her Beacon Street home, helped her in all these pursuits.