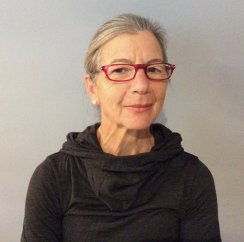 Jeanne Schinto has been an independent writer since 1973. She is the author of several books, including Huddle Fever: Living in the Immigrant City (Knopf, 1995), a memoir of the ten years she lived in the old textile-mill city of Lawrence, Massachusetts. She has also published articles on art, history, and the material culture in a variety of publications, including Maine Antique Digest, Fine Art Connoisseur, The Atlantic Monthly, Gastronomica, Johns Hopkins Magazine, and DoubleTake Magazine. Her essays and reviews have appeared in numerous other places: The Washington Post, The Boston Globe, The New York Times, The Christian Science Monitor, Boston Magazine, The Women’s Review of Books, Yankee Magazine, and The Nation. Her creative nonfiction has been in The Yale Review, The Virginia Quarterly Review, Shenandoah, The Antioch Review, Michigan Quarterly Review, and many other literary periodicals. Ms. Schinto is currently working on a history of the nineteenth-century Christian missionary movement that originated in part with the theologians, Bible scholars, preachers, teachers, translators, printers, and ordinary townspeople of Andover, Massachusetts, where she lives today with her husband, horologist Bob Frishman. Its working title is The Missionary Factory.

Q. Were you always an avid reader?

JEANNE SCHINTO: Yes, certainly. Growing up in Greenwich, Connecticut, I remember distinctly getting my library card and signing my name, which was a big deal, and I was very happy. I remember that, like kids sometimes do, I wanted to check out the same book over and over again. One was Wanda Gag’s Millions of Cats. That was a phase that passed. I just read all the time.

Q: I figured from the breadth of your work you would be a big reader.

JS: Well, as a freelancer I didn’t really have a beat until I started writing for Maine Antique Digest, which I did for 17 years. I am really happy I have been able to pursue and learn so much about so many different topics.

Q: Speaking of your writing, can you take us through your process and how you go about finding these new topics?

JS: I’m constantly realizing there are article and book ideas all around me—stories. Everything I’ve ever written has been a story—even the auction reporting I did for M.A.D. So, anyway, you get the idea and you’re all excited, and hopefully you find an editor who is excited about it, too. But then the honeymoon is over, because now you have to do the work. Often it’s a slog. But it helps to break it down into small tasks. And then there’s publication. That’s hard, because then it’s a little island out there and you can’t get to it and fiddle with it anymore. Then people read it, and they always find strange things in it that you never expected. Then the process starts over again.

Q: Can you tell me more about your current project, The Missionary Factory?

JS: Well, I wanted to write about my own town, Andover, finally. So I started to look into it. Initially, I thought I would write about the history of printing there, because it is fascinating. But then I discovered that the printers themselves were dull. Luckily, what they printed was interesting. What they printed was often religious, which sounds dull, but when I got into the missionary stuff, I found a great cast of characters. The project does seem like a giant mountain I have to climb, and sometimes I wonder if I will ever get over the top, but every day I learn new and interesting things, so I am distracted from the immensity of it, and I’m just enjoying it.

JS: Oh, constantly. Today I came across some lists of contributors to the missionary cause. They were listed town by town. So I could see exactly what specific people in Andover had donated, and it just made it so real. I am very interested in how the missions affected life at home in Andover. It’s a global story, because of the foreign missions’ locations, but it’s a very local story, too.

Q: How long have you been an Athenæum member?

JS: I think my first visit was in 2008. I was working on a piece about the Walpole Society, a very private and exclusive club for men devoted to collecting American furniture and decorative arts. A couple of the members once lived on Beacon Hill, and when they died, their widows gave their papers and some runs of the club’s privately published journal to the Athenæum. So, I researched part of that here, and when it came out, the Walpoleans read it and actually liked it! Much to my surprise, they liked it so much they reprinted it in that privately published journal of theirs, which traditionally only has articles by their own members in it. So, I thought maybe I’ll write a bit more about them, and came back to do more of that research here. But when did we actually join the library? My husband and I were staying in a little shack on Cape Cod and it poured rain for days and we were just lying around reading and looking things up on the Internet. It was at some point during that week when we thought, Why don’t we join the Athenæum? It’s crazy just to be guests. I think we did it right from there in our sleeping bags. That may have been in the fall of 2013.

Q: Do you write here as well, or just do research?

JS: I can’t write here. There are just too many distractions on the shelves. I don’t think I’ve ever written one word anywhere but my own study.

Q: That’s interesting. It seems to me that many members have “their” place they routinely use when they visit, but it sounds like you drift, based on your needs.

JS: Yes, I come in with my little list of books, and I’m getting better at finding them myself rather than asking Jimmy or Arnold to find them for me. One time I was with the wonderful reference librarian, Elizabeth, in the drum, and I dropped a couple of them down into the open slot in the floor. They went down, down, down, several stories, and I was, like, Oh my God! But we managed to find them.

Q: You are not the first and you will not be the last! Don’t worry. Any final thoughts?

JS: Elizabeth, Carolle, Mary—they’re all wonderful. And that’s, of course, part of the Athenæum’s great appeal. The staff—and the collection. So often I think that you’re not going to have what I’m looking for—it’s too old, too obscure—and then you have it, over and over again.