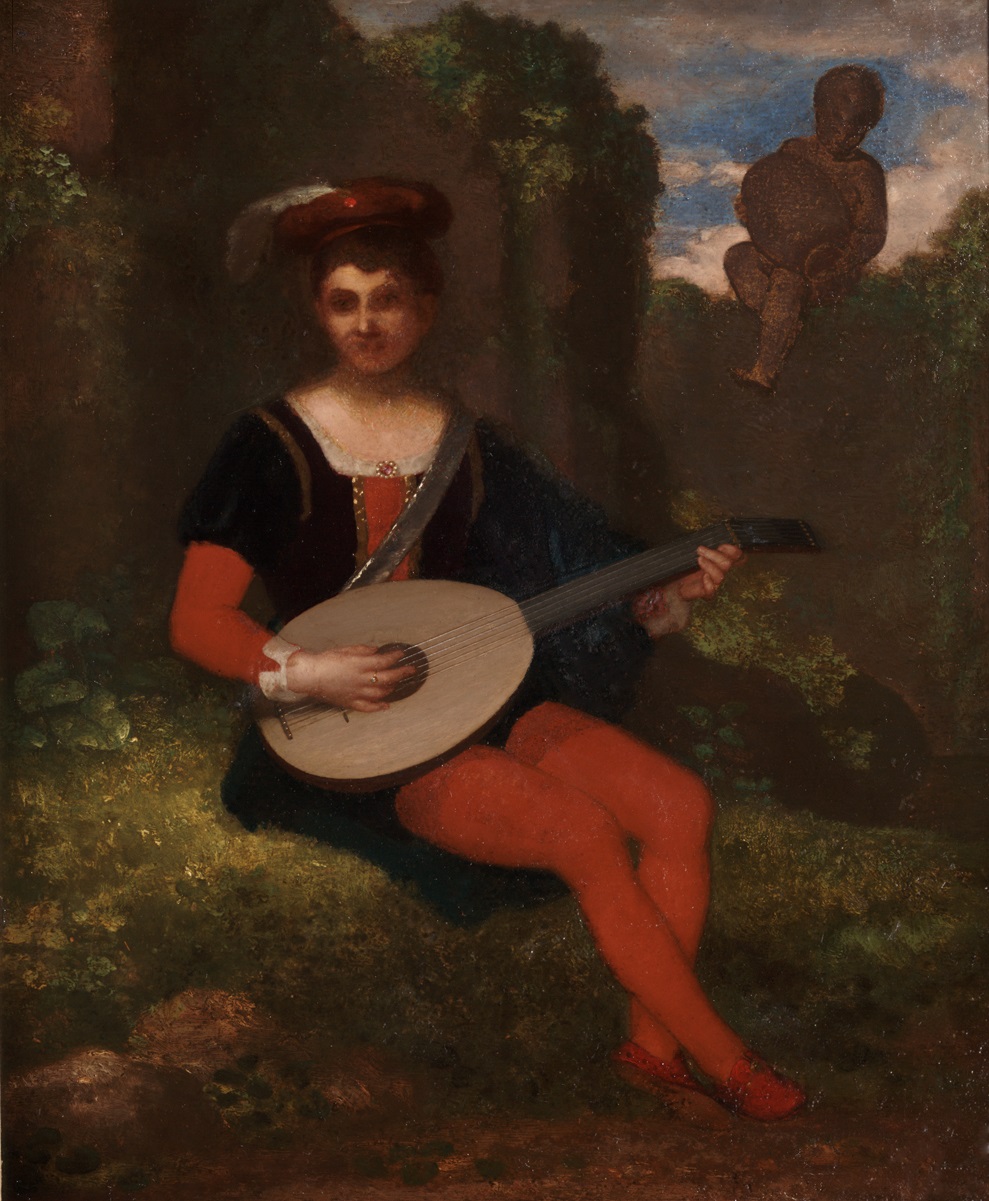 Oil on artist board

Until the Boston Athenæum acquired this important painting by America’s first great romantic artist, its location had been uncertain since the nineteenth-century. It made its public debut in 1835, when it was included in the Athenæum’s annual exhibition of that year, and in 1839 was part of a large exhibition of Allston’s works at Chester Harding’s Gallery in Boston. It has not been publicly shown since 1891 and has never been reproduced. In fact, its exact composition and appearance remained a matter of scholarly speculation based on several presumably related drawings in the collection of the Harvard Art Museums and a poem that Allston wrote and published on the occasion of the painting’s public debut that reads in part: “Ah, now he touched the magic cord / That waked his soul through all her springs; / His true guitar itself now sings, / As if alive its happy strings, / Mingling its life with every word.”

A Young Troubadour was purchased from Allston in the late 1830s by John B. Bryant Jr. of Boston and descended in the Bryant and Paine families until it was acquired by the Athenæum. It retains its original frame and joins four other works by Allston that have been in the Athenæum’s collection since the nineteenth century.