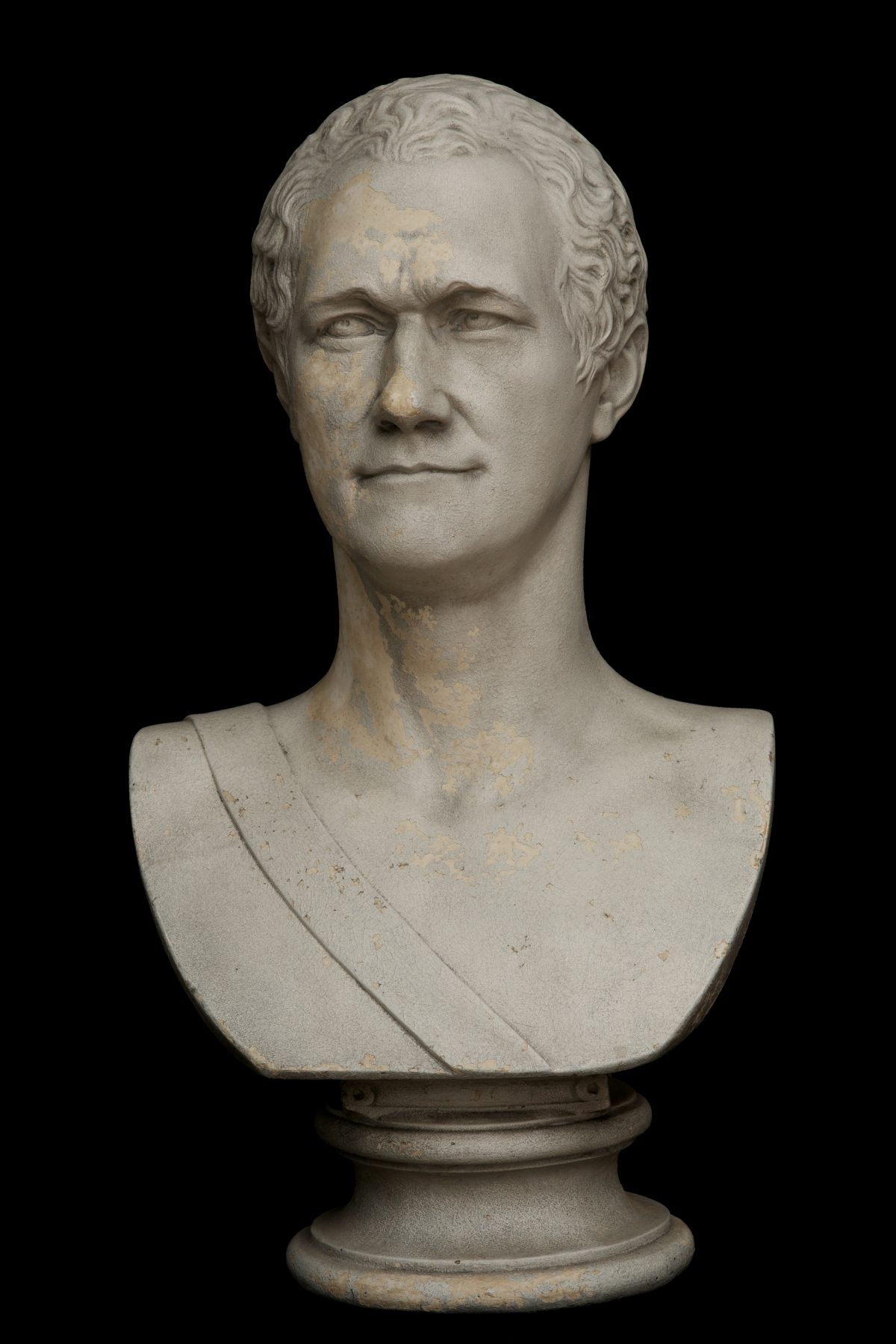 Having trained as a sculptor in his native Rome, Giuseppe Ceracchi went to England in 1773 and worked as a carver of decorative elements for the architect Robert Adam. Hoping for commissions for public sculpture from the new United States government, Ceracchi came to America in 1791. There, in Philadelphia, he modeled from life this portrait of Alexander Hamilton, who was then Secretary of the Treasury. The bust was greatly admired and was replicated and copied many times. Thus, it quickly became the best known image of Hamilton and the basis for many later sculpted portraits of him, including William Rimmer’s statue of Hamilton on the Commonwealth Avenue Mall in Boston.