Christian Pilgrim in Sight of Rome 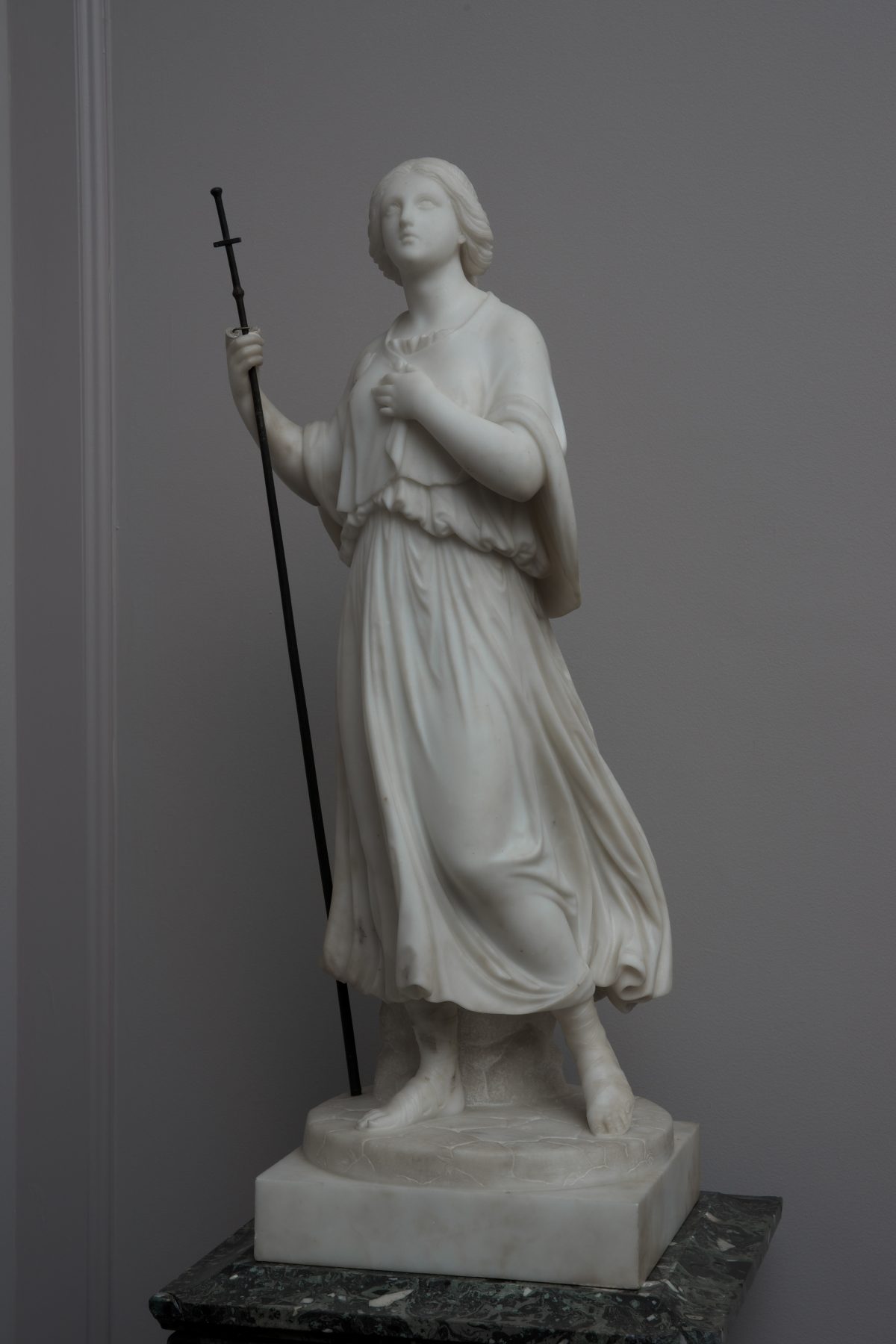 One of the most talented American sculptors of his generation, Thomas Crawford moved from his native New York to Rome in 1835, where he studied with the preeminent Danish sculptor Bertel Thorvaldsen. In 1844, the Athenæum purchased Crawford’s Orpheus and Cerberus through the subscription effort of friend and patron Charles Sumner and unveiled the marble statue in a specially constructed gallery. The sculpture’s phenomenal success won the artist instant and lasting fame, and patronage of his work remained particularly strong in Boston for the rest of his life.

This sculpture was commissioned by Bostonian Sarah Perkins Cleveland whose brother, Charles Callahan Perkins, was a member of the artistic community of Americans in Rome and a devoted patron of Crawford’s. The sculpture descended to her daughter who bequeathed it to the Athenæum; generations of her family had supported the Athenæum, beginning with the donor’s great-grandfather, James Perkins, who gave his mansion in Pearl Street to the Athenæum in 1822.

An allegory of faith, this small sculpture was perfectly suited in size and subject for the Victorian-era parlor. The young woman depicted here is a religious pilgrim, identifiable as such by the sea-shell on her cloak. (Like all good symbols, the shell has a number of meanings, one of which, due to its association with the fishermen-apostles of Christ, is pilgrimage.) Encouraged by the sculpture’s title, we are invited to imagine the setting: having undertaken a long journey in the name of faith, the young woman sees, for the first time and with a burst of emotion and inspiration, the city of Rome and, in the distance, the resplendent dome of St. Peter’s.

Gift of the heirs of Eliza Callahan Cleveland, 1914