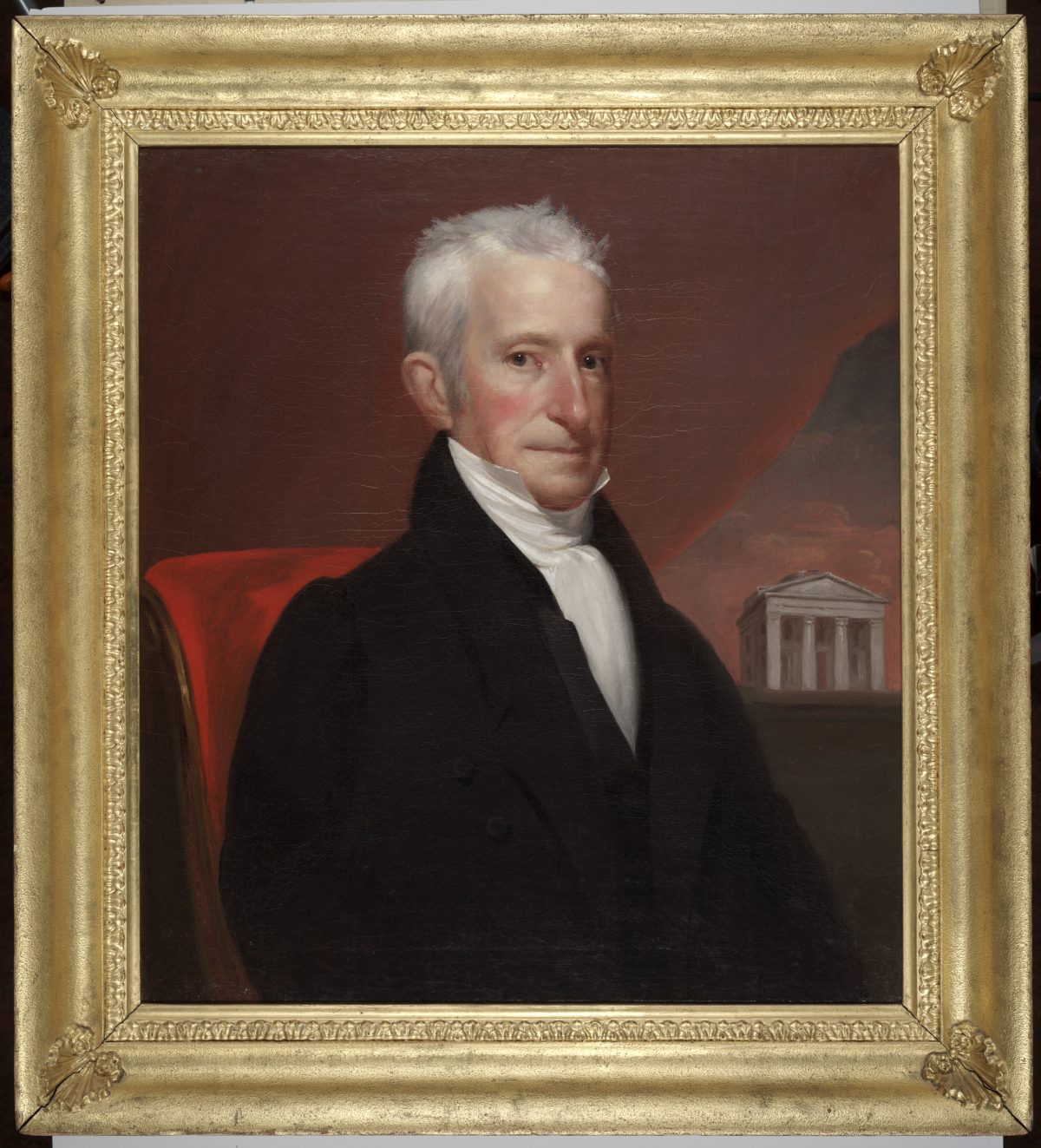 Description
This is the second portrait by Francis Alexander of Boston businessman, merchant, and banker Gardiner Greene (1753–1832) to enter the Athenæum’s collection. Both paintings, one a near replica of the other, remained with Greene’s descendants until they were given to the Athenæum. Alexander was a native of Connecticut, studied in New York City, and, after meeting Gilbert Stuart, moved to Boston around 1825. Following Stuart’s death in 1828, he became one of Boston’s most prolific portrait artists.
Credit Line