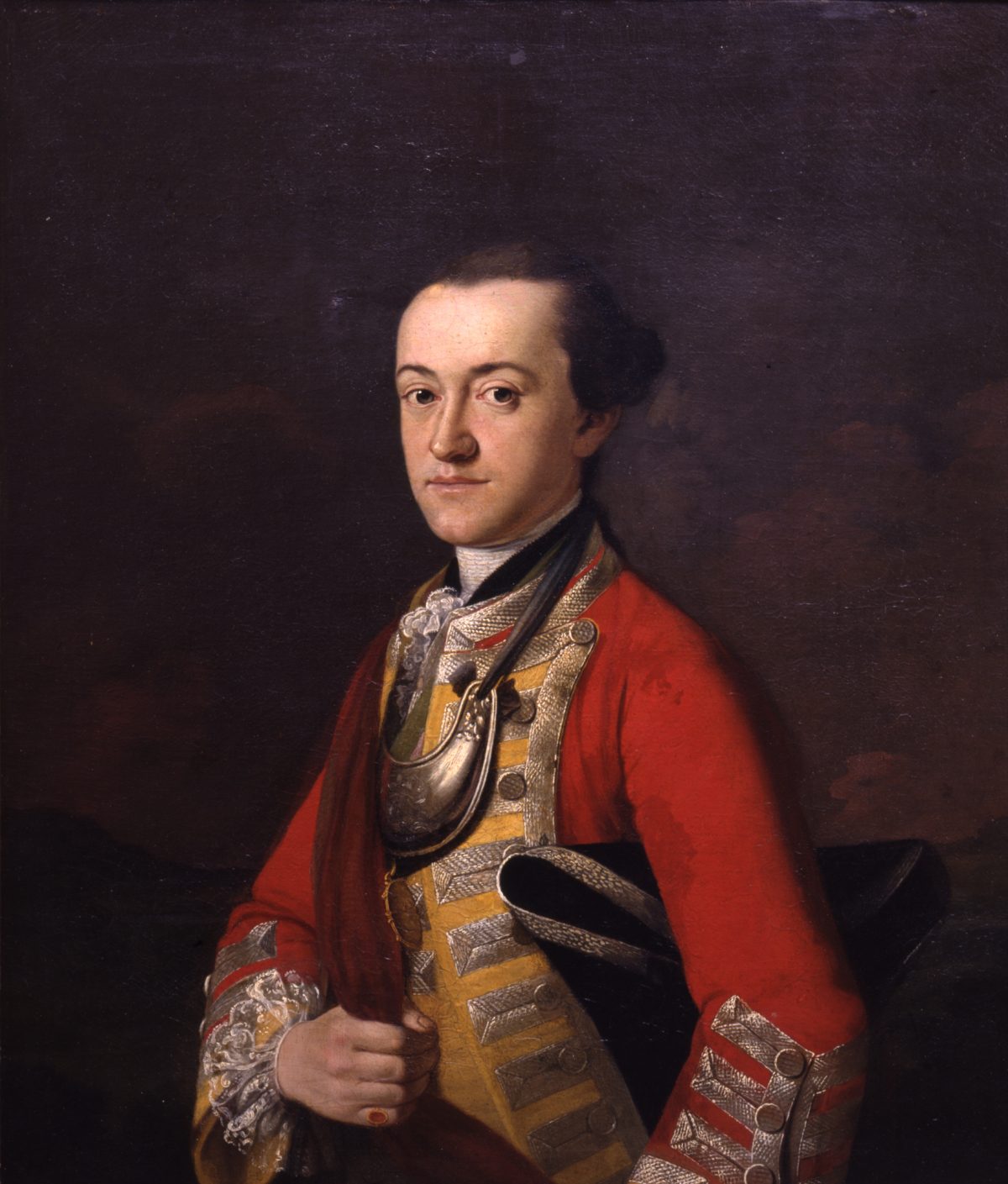 The Scottish painter George Chalmers studied with Allan Ramsay and worked in his native Edinburgh and in London as a portraitist to the gentry, especially army officers. This canvas was most likely painted as a full-length portrait; but at some point in its history, it was cut down, leaving disproportionately large margins around the sitter and giving the overall composition an unintentionally modern look.

General Sir Thomas Shirley (1727–1800) was the youngest son of William Shirley, the Royal Governor of Massachusetts from 1741 to 1759 and, as the Commander-in-Chief of the British forces in North America, leader of the siege of Louisburg, Nova Scotia. (He was also the builder of the handsome Shirley-Eustis House, now a museum, in Roxbury, Massachusetts.) His son, Thomas, occupied a similarly illustrious string of military and political posts and eventually served as the governor of the British-controlled Leeward Islands in the Caribbean.