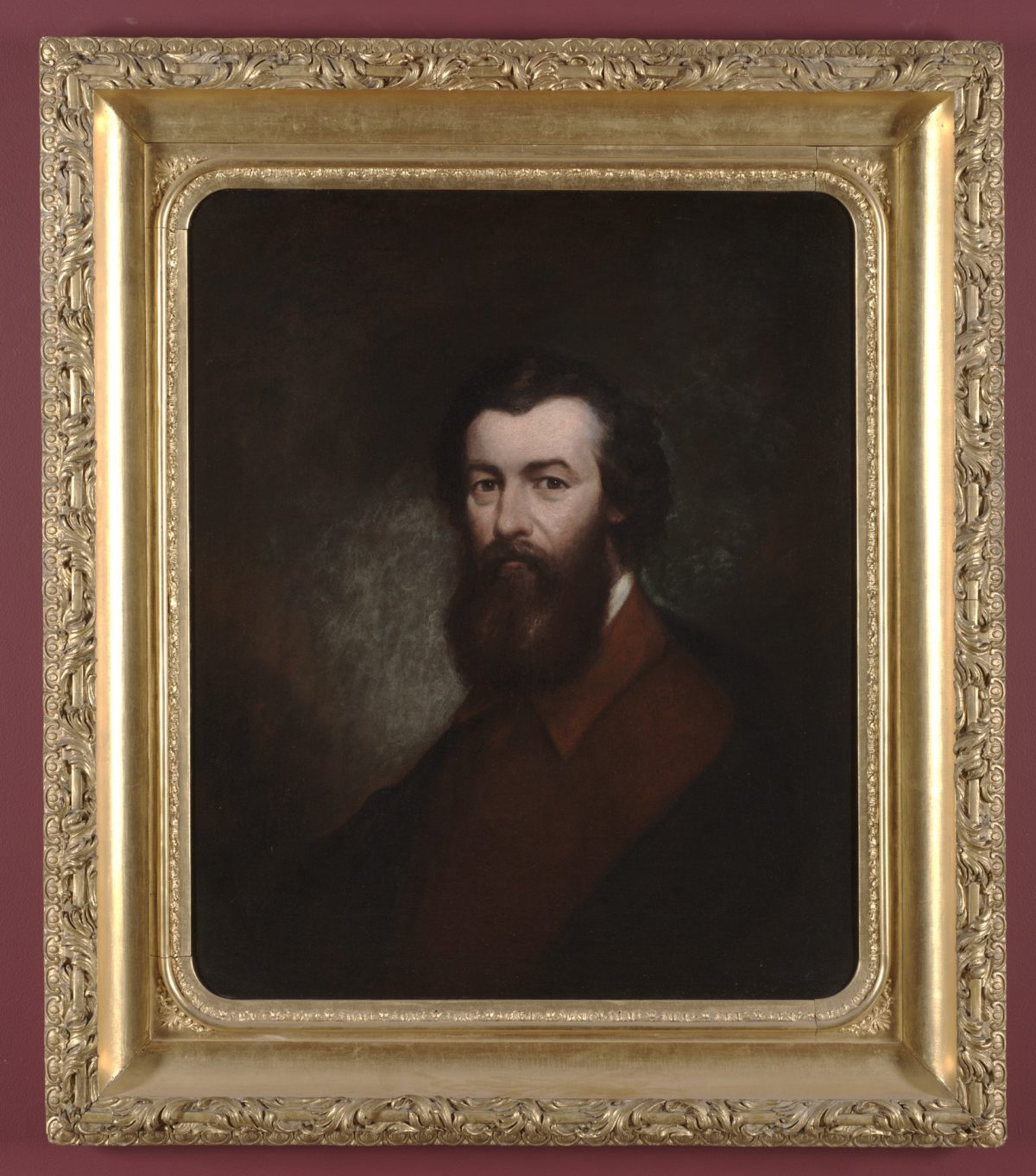 Description
A native of Boston, Joseph Couthouy (1808–1864) was trained as a scientist with interests in invertebrate paleontology and conchology; he was also a master linguist, fluent in European languages as well as several non-western ones. After some haggling with President Andrew Jackson for a position, Couthouy was appointed to the Scientific Corps of the U.S. Navy’s South Seas Exploring Expedition of 1838. Later, as a merchant marine, he made expeditions to South America and the Bay of Cumana. During the American Civil War, he commanded the USS Osage and, during the Red River Campaign, the USS Chillicothe. He was killed during an ambush off the coast of Louisiana in April 1864. Given Couthouy’s interest in the ocean and its inhabitants, Walter Brackett, a native of Maine, was perhaps predictable as his portraitist: Brackett had made a name for himself as an accomplished painter of piscatorial pictures; that is, he specialized in painting fish.
Credit Line