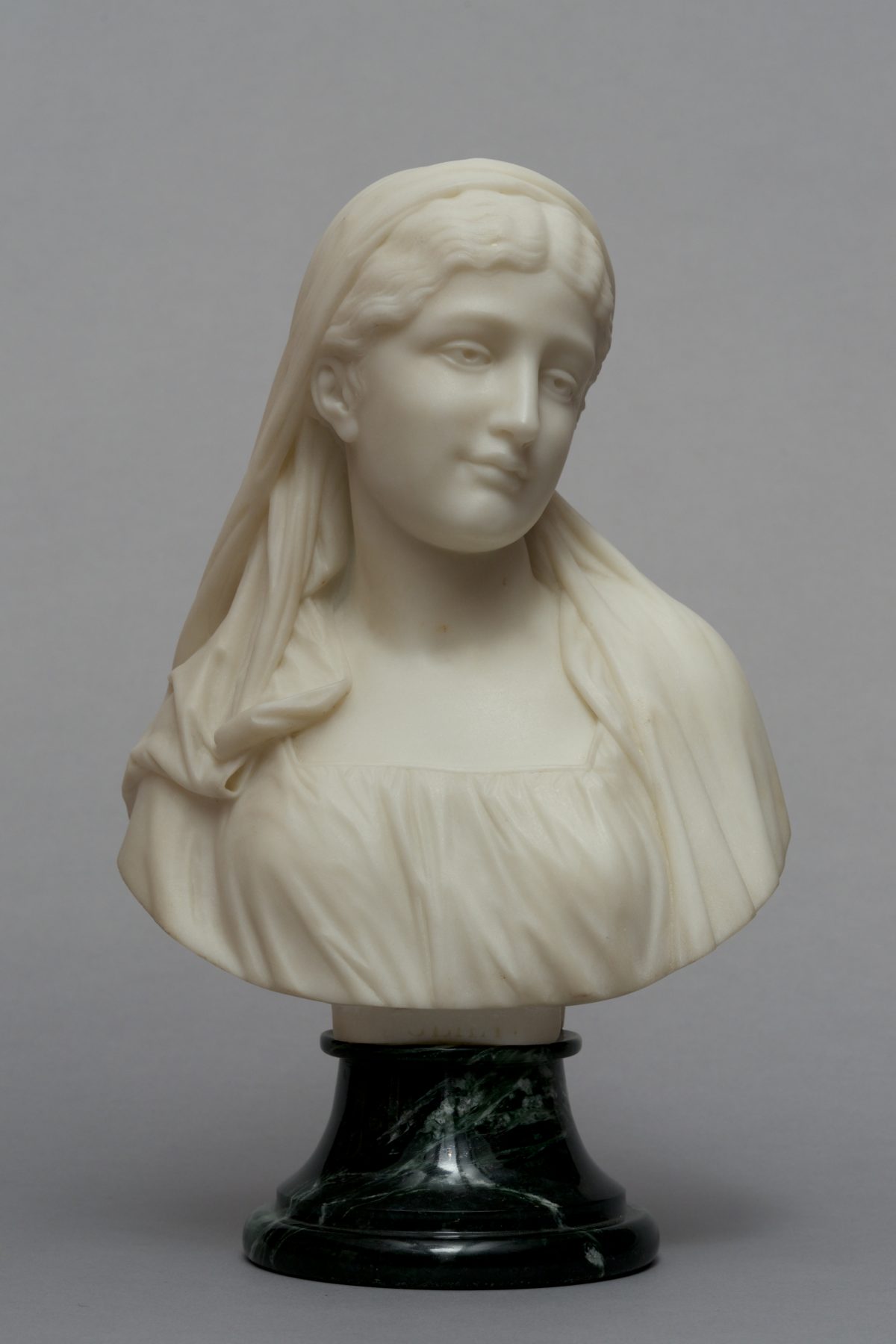 Modeled in Rome, where Richard Greenough lived the last twenty years of his life, this diminutive bust of Shakespeare’s Juliet combines the sculptor’s considerable skill with his unabashed compliance with the contemporary taste for sentimental parlor pieces. Richard Greenough followed his high-minded older brother, Horatio Greenough, into sculpture, first earning recognition at the Boston Athenæum exhibition of 1844. (The Athenæum boasts nine works by Richard and six by Horatio.) In theory, Richard Greenough aspired to the neo-classical ideal, but his talent and disposition were such that he rarely strictly adhered, in either content or theme, to that style’s canon. His best works manifest a relaxed naturalism and remarkable warmth, while his less successful pieces display a struggle between his neo-classical aspirations and his sensual talent.

As the popularity of illustrated editions of Shakespeare’s plays reached its peak in the middle of the nineteenth century, the Bard’s heroines were particularly attractive subjects for visual representation. Greenough’s Juliet is simply an idealized female figure, connected to Shakespeare only by its title, with no inherent drama or specific period details. It is a facile piece by an aging sculptor, executed without the burden of his earlier ambition.