Madonna and Child (Madonna of the Pinks) 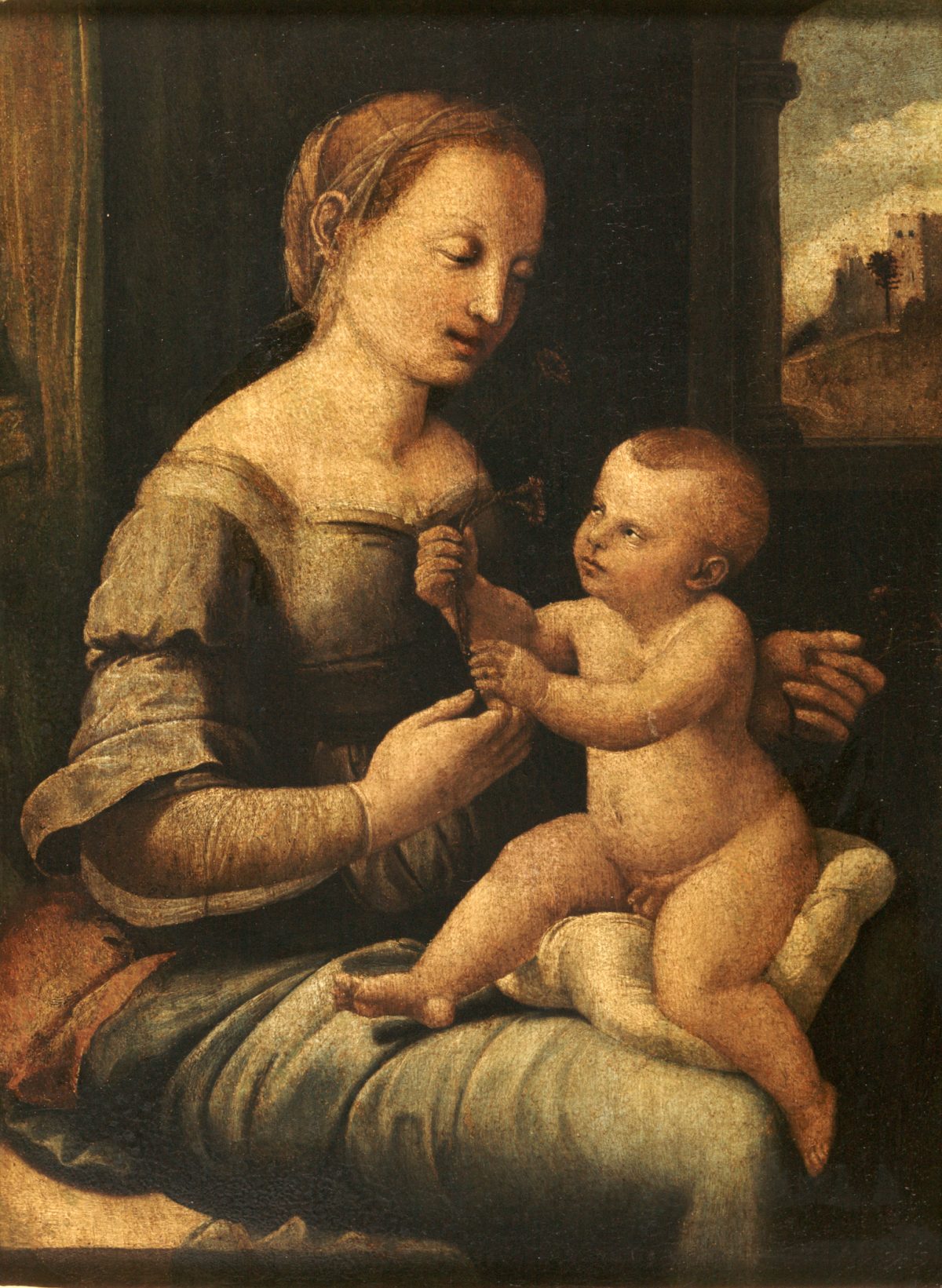 The small painting of which this is a copy was painted by Raphael for private devotion and was probably meant to be held in the hands of its owner. The Virgin presents a carnation—or “pink”—to her son in a bedchamber. (The bed curtain is looped behind her head.) The pinks were an emblem of marriage; in an age that prized symbolic allusions in minute details, this familiar symbol presented the Virgin Mary not only as the Mother but also as the Bride of Christ. Raphael based his painting on an earlier piece by Leonardo da Vinci (the Benois Madonna; now in the Hermitage, St. Petersburg). In both, the mother and son no longer sit stiffly and formally as in earlier paintings, but now display a palpable intimacy natural between a mother and her young child.

Gift of the Estate of Louis Agassiz Shaw, 1991