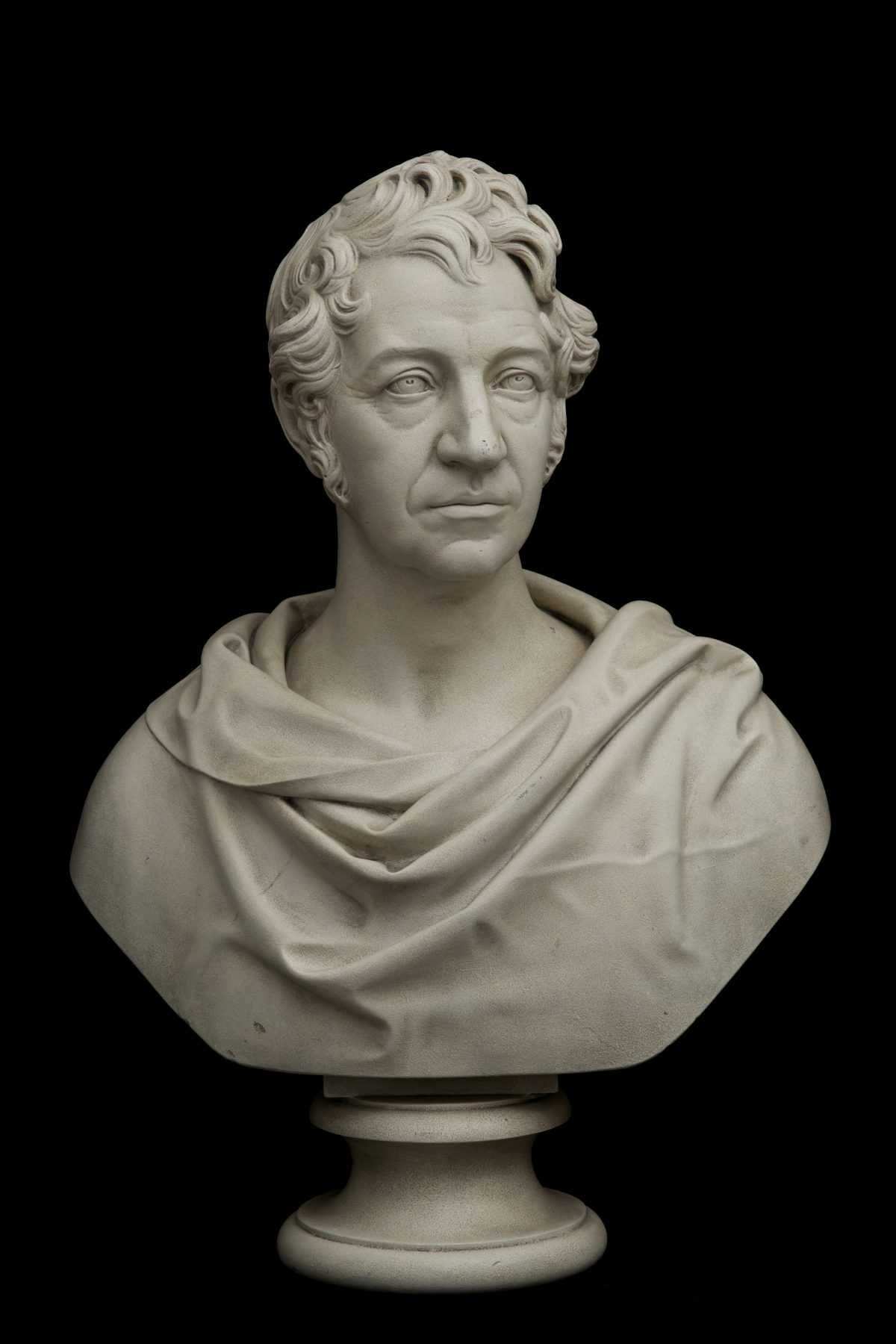 Description
Nathan Appleton (1779–1861) made his fortune as a textile merchant: he was instrumental in establishing industries in Lowell, Massachusetts, and Manchester, New Hampshire, which became major hubs of the trade. By the 1810s, he was one of the wealthiest men in America. He also had a significant career in politics, beginning in 1830 when he was elected to Congress. As a community leader, he was active in the Boston Athenæum for which he served as treasurer from 1816 to 1827. The institution was a natural repository, therefore, for this bust of Appleton by the important British sculptor William James Wyatt, which was modeled in Rome during one of Appleton’s European sojourns. Here, Wyatt gives Appleton a grandeur, enhanced by a Byronic sweep of hair and classical drapery, appropriate to his wealth and social position.
Inscription