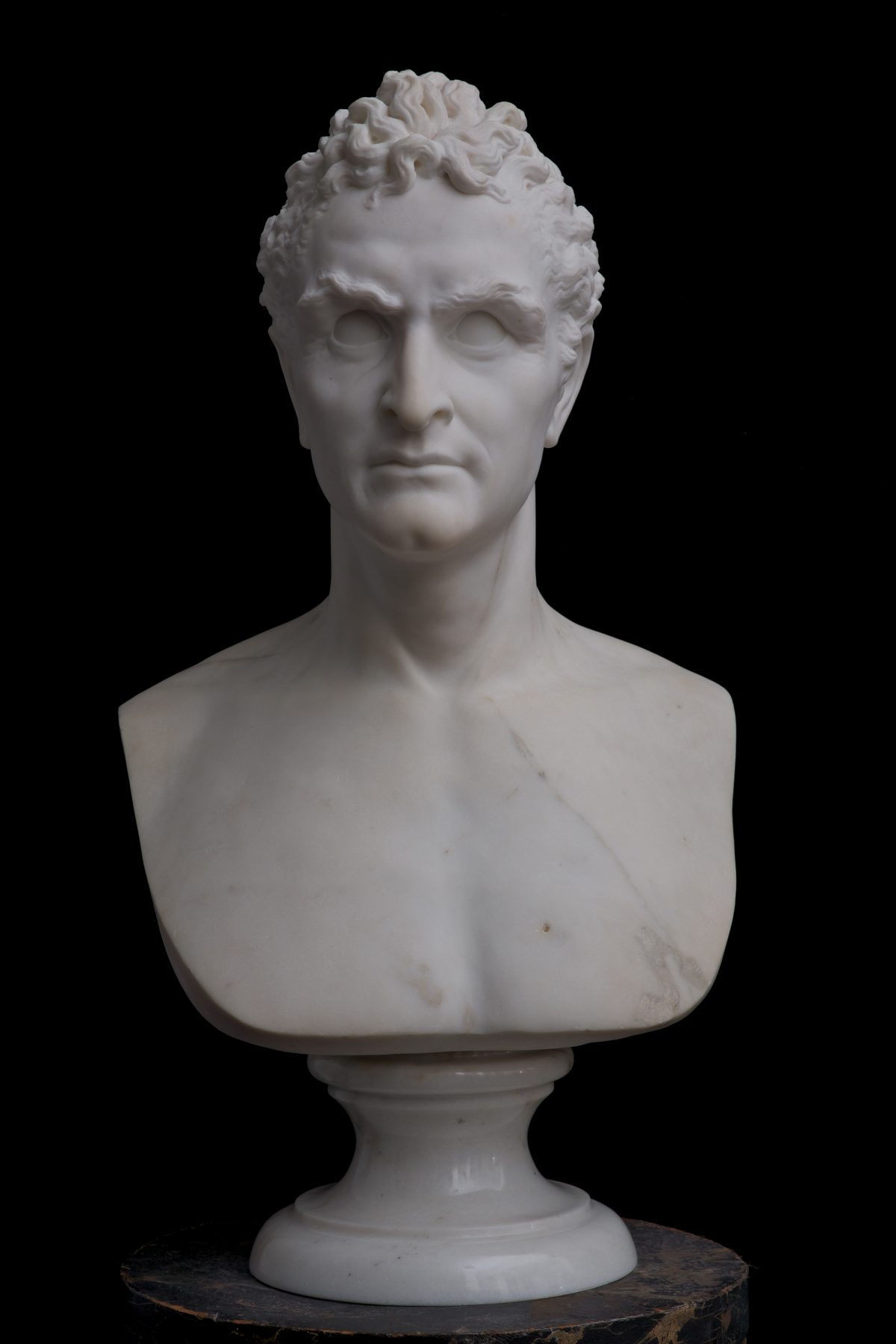 Thomas Gould began his professional life in his native Boston as a dry-goods merchant, but when the Civil War brought a downturn in business, he turned an already developed avocation into a vocation and became a sculptor.

He was immediately proficient as a portraitist but made his reputation with allegorical and literary figures and busts, such as this one and its mate, Christ, also in the Boston Athenæum’s collection. Gould exhibited plaster versions of these busts at the Athenæum in 1864. Having seen them there, a group of Bostonians then commissioned Gould to translate his plasters into marble in his studio in Florence, where he had moved permanently in 1868. It took Gould a full decade to complete the works and they finally arrived at the Athenæum in 1878. Although the busts have long been exhibited as a pair, they were not obviously created as such. In fact, of the two, Satan is the more imaginative and original and therefore, oddly, the more inspirational.