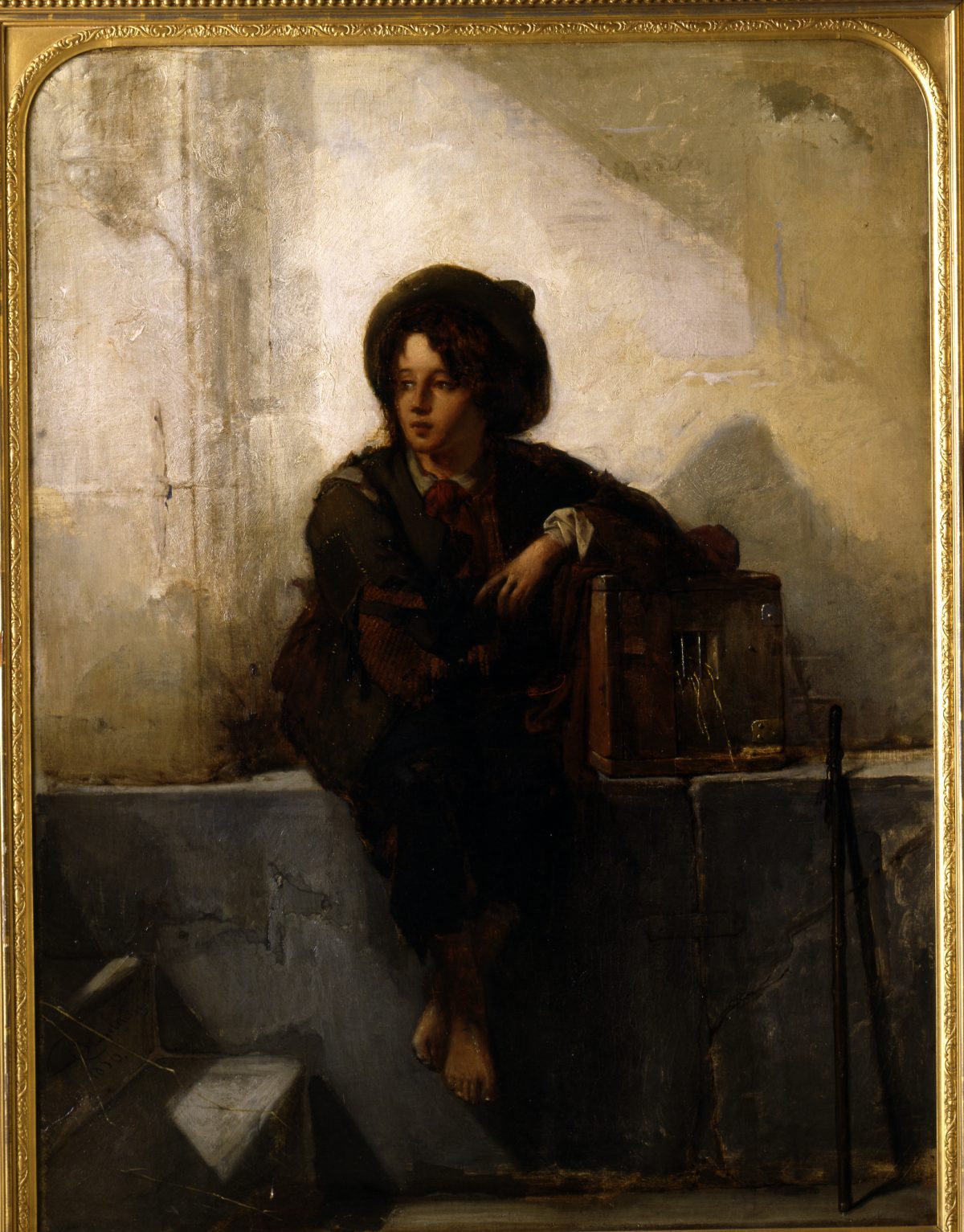 Description
For centuries, some Savoyards—inhabitants of the Savoy region in the Italian Alps—migrated to foreign cities for work. By the eighteenth century, Savoyards had become one of the picturesque “types” of street life in Europe, with all the mythical connotations of cheerful hard work in the face of poverty. Borrowing from this tradition, the Danish painter Paul Hagelstein rendered a romanticized version of a Savoyard boy, charming in rags, as he leans on a box that holds his performing marmot. It is a portrait of a type, a softened representation of what must have been a hard existence on the margins of society. That the subject is a child, not an adult, launders the image even further in an age that worshipped childhood, making it safe for the genteel to shed a few tears of sympathy for the honest, “deserving” poor. Painted with skill, this Savoyard child betrays the uneasy ambivalence—a mixture of horror and amusement—with which the urban bohemia was regarded in the nineteenth century.
Credit Line