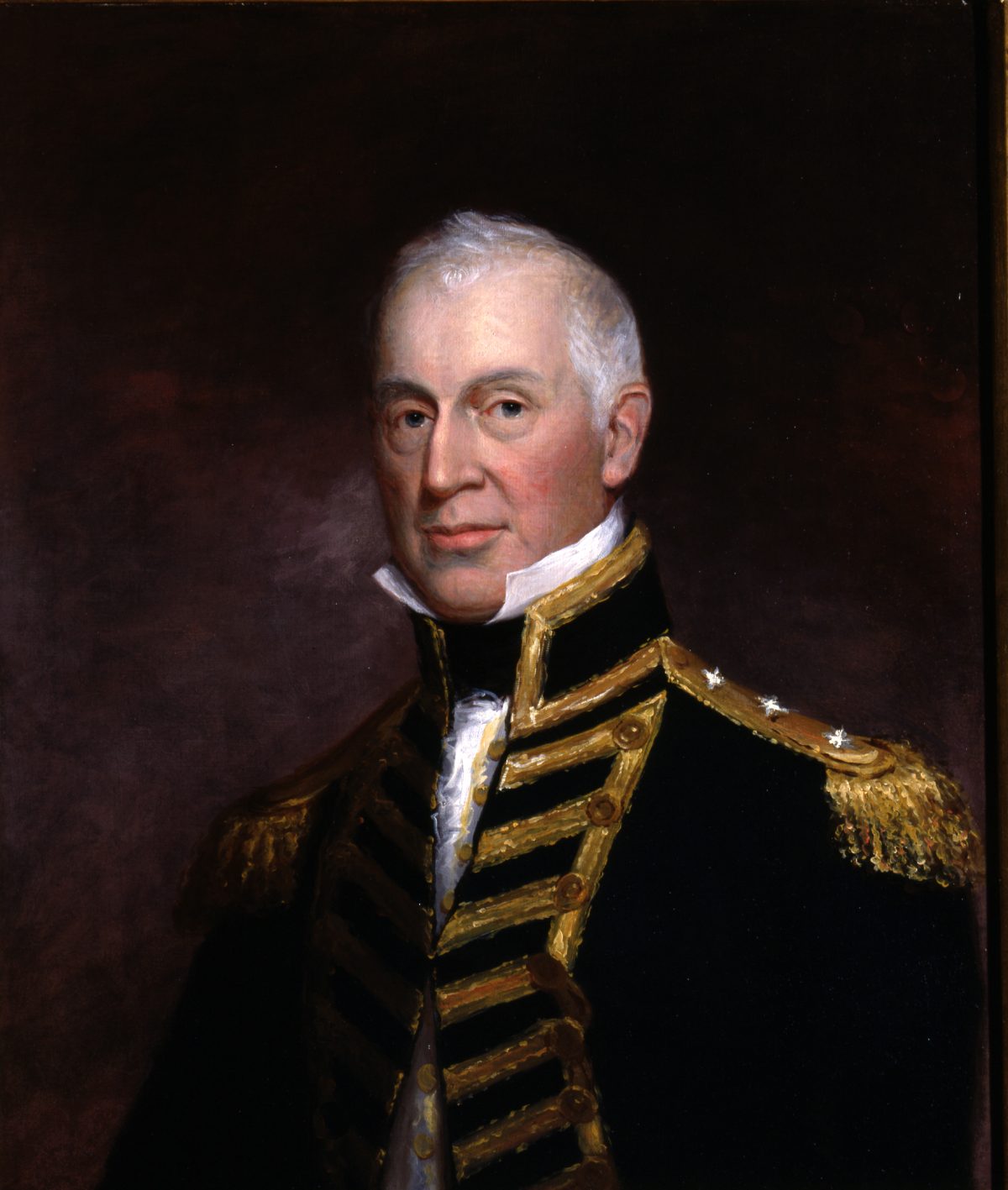 In 1830, the Boston-born artist Samuel Stillman Osgood embarked for London, with a thousand dollars in his pocket, to hone his artistic skills. On board ship, the twenty-two-year-old formed a friendship with a fellow passenger, Admiral Sir Isaac Coffin, a connection that proved especially fortuitous when their ship caught fire and burned at sea. After two days of sharing a lifeboat, Osgood and Coffin found themselves back in Boston. There, as some compensation for the shipwrecked thousand, Coffin commissioned this portrait from Osgood for $25. Osgood set sail again, and the Admiral presented his portrait to the Athenæum. Itwas the first of many illustrious portrait commissions that Osgood get during his long career.

Born in Boston, Isaac Coffin (1759–1839) entered the Royal Navy in 1773 and eventually rose to the rank of admiral. Despite his life-long allegiance to England, he was also deeply interested in America. His visits were frequent and his philanthropy munificent, including the establishment in 1826 of the Coffin School on Nantucket, his ancestral home. In fact, when Coffin met Osgood, the Admiral was returning to England from a visit to inspect the recently founded school.