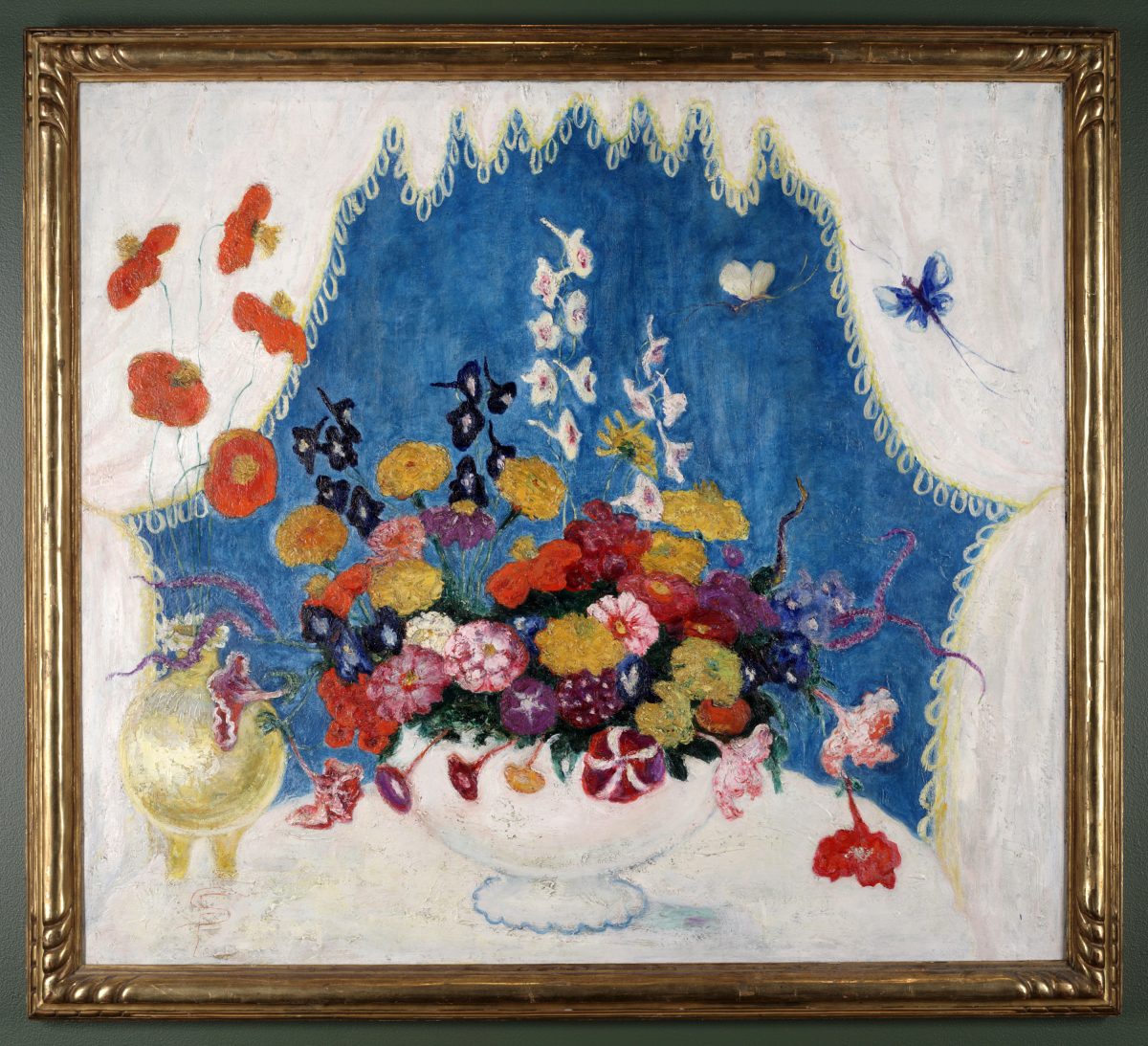 Description
During much of the twentieth century, the Boston Athenæum made little effort to collect contemporary art, leaving that to its progeny, Boston’s Museum of Fine Arts. Nevertheless, the Athenæum has been the recipient of several masterpieces of the period, including this painting by the early modernist Florine Stettheimer. Stettheimer led an unconventional life in the Bohemian atmospheres of Berlin, Munich, and after World War I, in New York, where, with her mother and sisters, she established a cultural salon. Stettheimer had some success, but was eventually disaffected from the New York art world. In rebellion, she came to eccentric hope that, at her death, she would be buried with her paintings. Instead, her more practical, faithful sister Ettie gave her best works to various cultural institutions, including the Boston Athenæum.  [David B. Dearinger, 2007]
Inscription