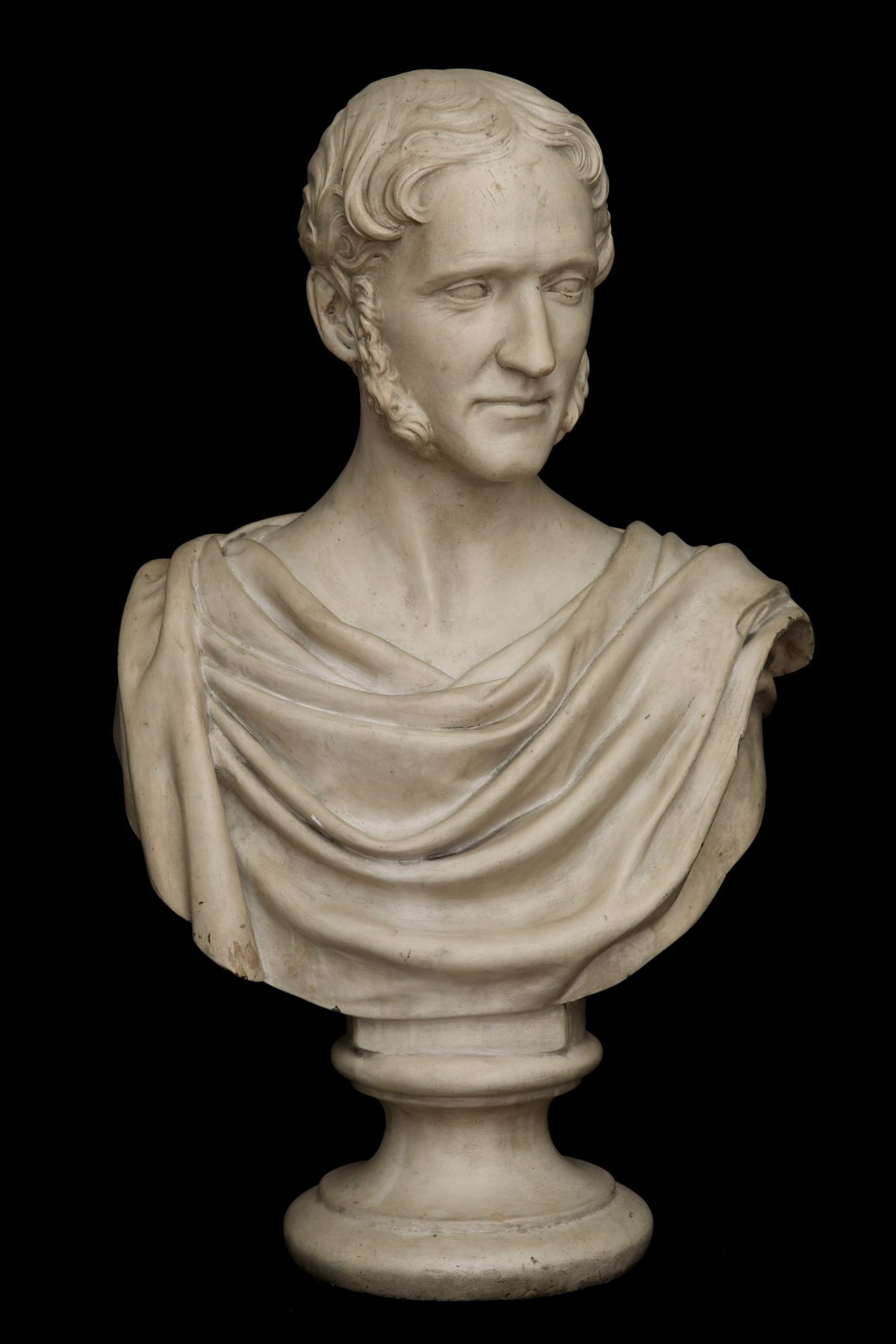 Description
William H. Prescott (1796–1959) was one of the most respected American historians and intellectuals of the nineteenth century. Poor health, including faltering eyesight, prevented him from pursuing the law career for which he had trained at Harvard, and he turned to writing. He specialized in the history of Spain and its empire and published such classics as The History of the Reign of Ferdinand and Isabella the Catholic (1837) and The History of the Conquest of Mexico (1843). In March 1844, shortly after the publication of the latter book, Prescott posed for this bust by Richard Greenough, brother of sculptor Horatio Greenough and one of Boston’s leading neoclassical sculptors at mid-century. Prescott immediately gave the bust to the Athenæum; it was the first work by Greenough to be exhibited here.
Inscription

Gift of the estate of Samuel Eliot Morison, 1977