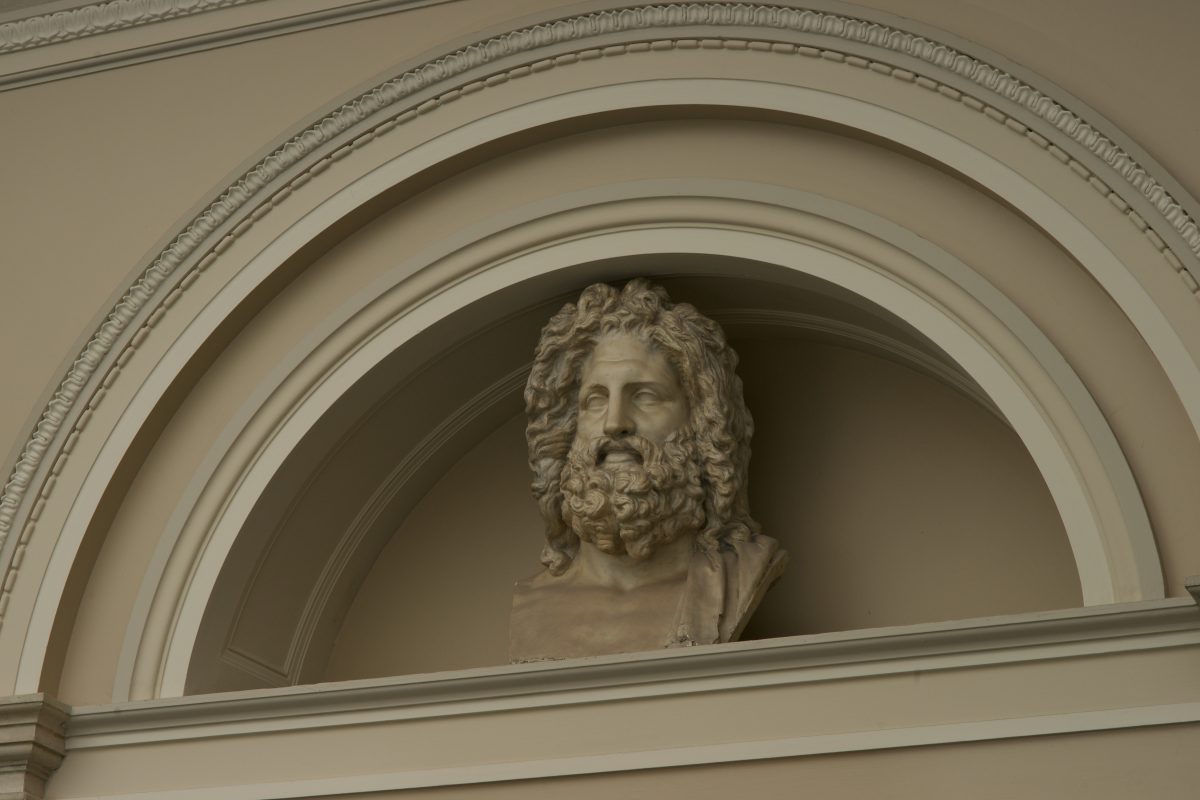 copy, 1848, after the Hellenistic original

The birth and development of neoclassicism was due in part to the marked increase in major archeological discoveries made in the second half of the eighteenth century at Pompeii, Herculaneum, and other ancient sites. The paintings and sculptures that were found in those excavations were major additions to the relatively small body of classical works that had been known since before the Renaissance. One of these was the bust of Zeus, on which this nineteenth-century copy is based. Unearthed near Orticoli and now at the Vatican, that bust is thought to be a Roman copy made in the fourth century CE from a lost Greek original. As an evocative combination of the beautiful and the sublime that so appealed to the romantic spirit, the Zeus Orticolienjoyed renewed popularity as a classical antecedent to the neoclassical work produced in the early nineteenth century.